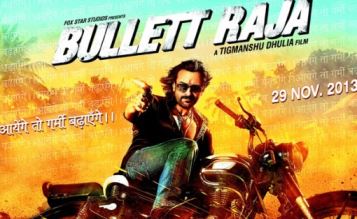 It’s a 2013 Hindi action, crime and drama movie that has acquired rating of 5.3/10 on IMDB. It was released on November 29, 2013 and it’s directed by Tigmanshu Dhulia. With an average budget of $7.7 million, it has grossed $4.6 million in its first week of opening and still it’s doing good business all over the country. It stars Saif Ali Khan, Sonakshi Sinha and Jimmy Shergill along with a huge cast of big names in the Bollywood.
The music album of this movie has seven tracks and not all of them, but few are becoming hits on Box office while others are going unnoticed at all. The first track “Tamanche Pe Disco” is a high beat song and listeners feel like dancing with the starting of this track which is obvious as the song is by RDB. Second track is a melodious and romantic number “Samne hai sawera” by Shreya Ghoshal and Wajid. Although the lyrics aren’t that attractive but the voices are really good. This movie also has an item number “Don’t touch my body” which is not very different from other item numbers. Other tracks are just the same as and don’t conquer any attraction of listeners at all.