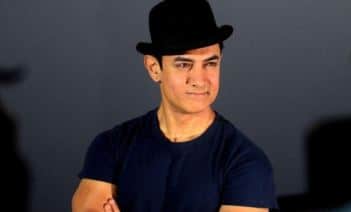 Aamir Khan in a recent interview claimed that he earns less than what other Khans in the industry do and openly confessed that he can never ever compromise with his emotions. Thus, money is something that cannot lure and buy Aamir Khan. Aamir revealed that he has never worked solely for money and that is something which he considers as his biggest strength. At present, Aamir is busy celebrating the success that his latest venture, “Dhoom 3” has brought to him and the producers.
In a span of 25 years, Aamir has experimented with lots of genres and has played all kinds of roles. But the actor firmly believes that he needs to connect to a project em

otionally and only then will he be taking it up. The 48-year-old actor clearly pointed out that even if producers offer him 100 crores for a film, he will reject it if he fails to develop a strong emotional bond with the storyline of the movie.
Aamir’s major break came in 1988 when he starred in the movie “Qayamat Se Qayamat Tak” which was a romantic drama. This was his first proper tryst with Bollywood industry and after that, he went on to act, direct and produce some of the finest movies that have ever been made in the industry.
Thus, at present, Aamir Khan is considered as one of the most versatile actors in the industry owing to the fact that he has done almost all types of roles from a teacher to loverboy to a villain.