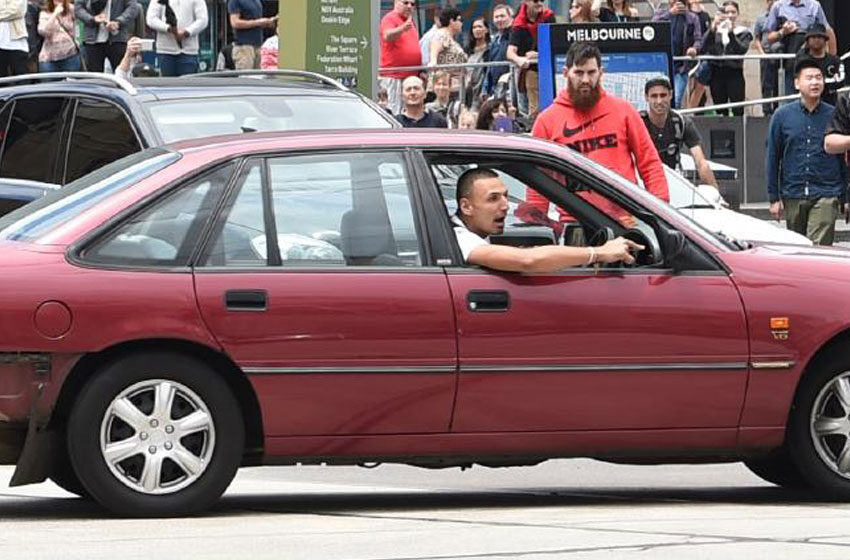 Accidents spare nobody and befall on us as a ghastly shock. Australian based IT-professional Nethra Krishnamurthy met with a similar disaster last week, when she was hit by a speeding car at Melbourne: Australia’s second largest city.

Assuming to be in her mid 30’s, Nethra was on her way back to the office after having breastfed her eight-month-old child in a day care, when she met with the fatal accident. Claimed to have hit the pedestrian “intentionally’, the man behind the steering had killed five other persons besides severely injuring Nethra. As reported by Nethra’s family friend who has set up a page to collect funds for her, she has undergone some serious injuries comprising of the deep laceration to her head, liver and kidney damage, lung puncture, spine fracture, etc.

The page even confirmed that Nethra has got no relatives by her side in this plight at Australia except her husband who is constantly tending his injured wife since the day of the accident. Few of Nethra’s family friends and work colleagues have extended support to ensure her baby’s care.

Urging people to donate for Nethra and her family, the page further reported about Nethra’s stay at the hospital which shall continue for few more days, given the seriousness of her injuries and the urgency to recuperate both psychologically and physically.

Accused of five murder counts, 26-year-old James Gargasoulas was said to be presented before the court, but his lawyer has reported of his sickness due to which he cannot afford to attend the hearings as of now. Charged with running over five innocent lives at the pedestrian, James was reportedly driving a stolen car which he then sped towards the Central Business District of Melbourne. As per confirmation, seven out of 31 pedestrians was left in a hazardous condition to suffer tragic injuries by James’ speeding car.

With so many innocent lives being lost all at a once and a lot of them battling severe pains and injuries, let’s just hope we don’t come across any such grievous accidents anymore