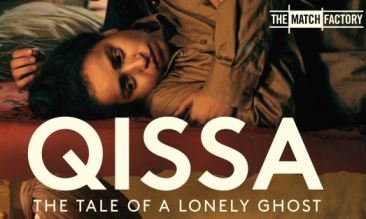 Nowadays the demands of the movie going population have greatly changed from the past. Filmmakers cannot still hope to continue depending on the same masala quotient formula because those trends have been reversed in the recent past. The audience is much smarter and intellectual now and they desire to see meaningful cinema. Of course, brilliant visual effects, perfect sound tracks and an overall comfortable movie experience is still the basic expectation of every movie goer. It is just that off-beat topics nowadays have grown in demand and a strong storyline is a must nowadays.
And today’s film makers have now recognised this change and hence are constantly experimenting with out of the box topics, theories in order to stay relevant in the eyes of cine goers. If we look at the films which were released last year we can find many movies which were based on off-beat topics. These movies earned the respect of most people and also earned huge profits for their production houses. Just like in the year 2013, the same trend for off-beat cinema will be seen this year and already films such as Highway, Dedh Ishqiya, Miss Lovely and Om Dar Ba Dar etc. have been released to rousing receptions all over the world. As we waltz through 2014, there have appeared many movies which have already managed to create quite a buzz. The trailers of the upcoming movies which we are going to discuss now have already become hits on the internet. There are large banner films as well as relatively low budget offerings and some of these have already opened to audiences all over the world but will be released in India for the first time. So, let us wait no further and look at some of these much vaunted movies which are sure to catch everyone’s attention this year –
1)      Qissa : The Tale of a Lonely Ghost
It has been directed by Anup Singh and the star cast consists of acclaimed actors such as Irrfan Khan, Tisca Chopra and relative newcomers like Tillotama Shome and Rasika Duggal. Most movie critics as well as news reports have come to the same conclusion that this is the film most likely to blow away audiences all over the country. The movie is based in the year 1947 and covers the deadly events surrounding our independence. Based in a small village in Punjab, the movie highlights the deep suffering of people due to Partition. Power packed performances from Irrfan, Tisca as well as brilliant direction from Anup have won this film a Netpac Award for the ‘Best Asian Film’ at major film festivals in Toronto.
2)      Bombay Velvet
Directed by none other than Anurag Kashyap, the name behind critically acclaimed movies such as Dev-D, Gangs of Wasseypur etc this film seems really promising. Add to this a star cast consisting of Ranbir Kapoor, Anushka Sharma, Kay Kay Menon, Karan Johar and Raveena Tandon and you have all the ingredients of a super duper hit. Let’s hope it can match the huge expectations of everyone.
3)      P.K
Directed by Rajkumar Hirani, the director behind probably the greatest hits of our time such as 3 Idiots, the Munnabhai series etc., and this relatively big budget movie has managed to create quite a buzz already. People can’t wait to see what this director has to offer after the raging success of 3 Idiots. Consisting of star names such as Aamir Khan, Sanjay Dutt, Anoushka Sharma, sSushant Singh Rajput and Boman Irani, this is surely one of the most highly awaited movies of 2014.
4)      Detective Byomkesh Bakshi
Directed by Dibakar Banerjee, the man behind the making of such critically acclaimed films such as Bombay Talkies, Khosla Ka Ghosla, Oye Lucky Lucky Oye etc. and consisting of a cast of relative newcomers such as Sushant Singh Rajput, Anand Tiwari and Sohum Shah, this movie holds a lot of promise for audiences of all ages. Byomkesh Bakshi is the much loved detective character created by Bengali novelist Mr. Sorodendu Bandopadhyaya. Although many television serials and even movies have been made on this character, Detective Byomkesh Bakshi is coming to B-Town for the very first time in 2014.
5)      Tumbaad
Directed by a relatively unknown face Mr. Rahi Anil Barve and consisting of also, an unknown cast consisting of names such as Sohum Shah and others, this movie can well turn out to be the dark horse, the surprise of the year. Produced by Anand Gandhi who is a known face outside of India, this is his first move to Bollywood. Tumbaad is a horror genre film based in the city of Pune. This movie has already been hailed by many experts, critics alike and promises edge of the seat entertainment.
Along with these five aforementioned upcoming films in 2014, there are several other films which may also pack a solid punch. Entering this list is ‘Ugly’ once again directed by Anurag Kashyap. The lead in this movie is Rajkumar Rao who has done critically acclaimed films such as Kai Po Che, City Lights and Shahid. Apart from this, there are other anticipated movies also such as NH 10, Monsoon shootout, Peddlers, Gemstone, Finding Fanny Fernandes, and many more. We wish these movies the best and folks; do keep your fingers crossed! 2014 promises to be a real treat for cinema lovers.