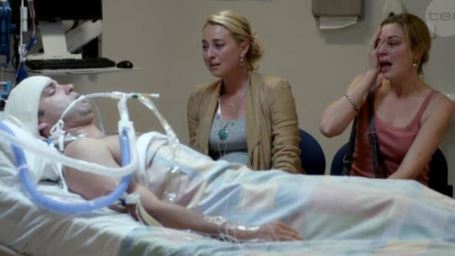 Death is a rather painful thorn in an optimist’s flesh. No matter how positive and full of sweet light our thoughts are, the truth is that we’re all going to die and all our achievements will be forgotten. Very few of us will be remembered after our deaths, and among those, a tiny, tiny few will be remembered more than two generations down the line. As philosopher Alain de Botton likes to say, ‘Death is written into the contract of life.’
Today we look at the five most common ways in which Australians die. The information comes from a report written by the Australian Bureau of Statistics called the 2012 Cause of Death Report.

Though it is true that none of us can prevent death from taking us, we can stave it off for a while by adopting healthy attitudes to diet and exercise. One of the leading causes of heart disease, the primary killer on our list, is blocked arteries caused by excess cholesterol and fat that comes from diet. So if we make regular cardiovascular exercise a habit, and if we take care with our diets, we can keep premature heart diseases at bay. The same thing applies to strokes and brain haemorrhages: if our arteries are working well and free of clutter, the risk of one of them bursting – in the brain or otherwise – is minimized.
The risk of lung cancer could be reduced by going easy on the cigarettes and to stay away from situations where the air is polluted. While commuting at rush hour is a necessary part of everyone’s life, the amount of particulate matter we inhale could be reduced by a significant amount just by using a cloth mask around our noses.
That is not to say, of course, that all kinds of diseases can be eradicated by human action. The reasons for a vast number of cancers are still known, and often disease can strike down the healthiest of people. Also with age-related conditions like dementia, one can only be philosophical about it and bite the bullet. After all, by living our lives, we must accept implicitly that we all have to die. It just may be nice to postpone the event by doing all that is in our hands.
So stay healthy, and if you can, smile at the thought of death.