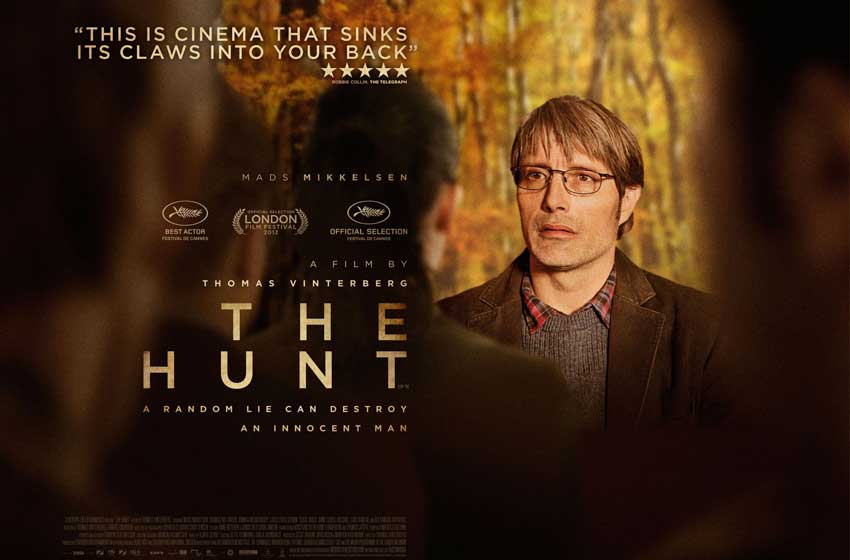 Are you tired of blockbuster Hollywood flicks that puts your brain to sleep with numbing special effects and jerky camera moments? Do you crave for nourishment to the mind and soul every once in a while through the visual medium? If so, you may be better off placing your bets in these foreign movies than in mainstream ones that are more interested in making a quick buck. Pull them out of Netflix, rent a DVD, stream them online; do whatever it takes. You won’t regret it.

Mads Mikkelson stars in this Denmark movie about a schoolteacher wrongly accused of paedophilia. Easily one of the best films of last year, this movie can be at times difficult to watch for its unbearably tense and gripping narrative, but if you stick with it, you will be rewarded. It was Denmark’s submission for Best Foreign Film at the 2014 Oscar’s.

Sean Biggerstaff of Harry Potter fame is Ben Willis in this delightful low-budget romantic comedy who, after a painful breakup with his girlfriend, takes up the late night shift at the local supermarket and lets his artistic imagination run wild. Who said you need TV or the internet to have fun? All you need is the fertile creativity of your own mind and some solitude.

Summertime, France, homosexual love and murder come together in a heady cocktail in this movie. Franck and Michel’s affair is noteworthy not for the passionate sex but for the almost indescribable chemistry that the two share. Dripping with atmosphere and sexual tension, it will grab you and demand that you watch every frame, absorb every nuance.

Aksel Hennie is Roger Brown, a powerful headhunter in Norway who moonlights as an art thief so that he can support his expansive lifestyle. When his wife, an art gallery owner, introduces him to a former mercenary who has in his possession an extremely valuable painting, Roger’s fingers begin to itch. But he must risk it all in order to acquire it, and in doing so he may just discover some dangerous truths.

If horror is your cup of tea, this South Korean classic will tip your mind. The set up is simple: two sisters return after a period of lengthy illness to their home where their father lives with his newly married wife. The spectre of the girls’ mother looms in the shadows, though, and pulls the strings as tensions rise between the family members until it snaps with a chilling climax that you’re bound to remember for days.