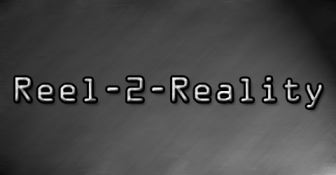 Many people say cinema is a mirror of society or it reflects reality. Many movies have been inspired or are based on real-life incidents. What if it was the other way round?
A film story inspiring an incident in reality can both be thrilling and fraught with risk for there are no retakes, and the consequences can be disastrous. One such daring attempt in India was made on a cold January night in 2004 when three alleged assassins of a chief minister made their escape from a high security prison by digging a tunnel.
The hair-raising incident inspired by a classic Hollywood movie “The Great Escape”, which depicted the escape of American prisoners from a German POW (prisoners of war) camp during the World War-II, hogged the media attention for months to follow.
Three dreaded terrorists owing allegiance to Babbar Khalsa International (BKI), Jagtar Singh Hawara, Jagtar Singh Tara and Paramjit Singh Bheora, and their accomplice Devi Singh, another murder accused, escaped on the night intervening January 21 and 22, 2004 from Chandigarh’s Burail Model Jail. Hawara, Tara and Bheora were facing the trial for allegedly assassinating former Punjab chief Minister Beant Singh, who was killed in a bomb explosion on August 31, 1995 outside the Punjab Secretariat in Chandigarh. Subsequently, the trio was convicted for assassinating the leader.
Five officials of Burail Model Jail including the then jail superintendent J.S. Rana were suspended for negligence and failure to pre-empt the incident.
It is alleged that all four escaped from the high-security Burail jail in their third suspected attempt, digging a 94-foot-long tunnel that went beneath three walled security rings. Hawara, Tara, Bheora and Devi Singh were found missing from the jail that sent the Chandigarh Police and that of the neighbouring states in a tizzy. The tunnel was two and a half feet wide, the opening of which was covered by the back rest of a chair in the prison cell.
The Chandigarh Police launched a massive manhunt to nab the four accused, but failed to do so for more than a year. Hawara and Tara were caught by the Delhi Police respectively in June 2005 and March 2006, in some other case before being handed over to the Chandigarh Police. However, Tara and Devi Singh are still at large.
It is learnt that one of the visitors, who used to meet the BKI terrorists in Burail Jail, had given them a book that contained the story of “The Great Escape”, which inspired them to plan the perilous jailbreak. Indeed the idea was executed to perfection!