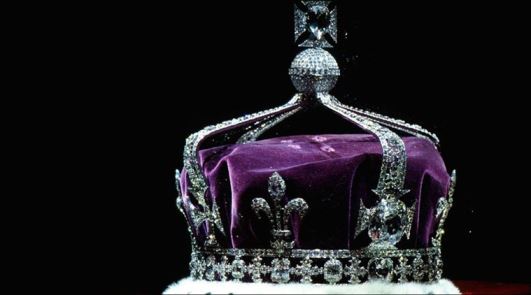 Kohinoor, the 105-carat diamond, whose estimated worth is an approximate $200 million, is considered to be a medallion of India’s riches. The country has been trying to retrieve the diamond from the hands of the British Empire since the time of its independence. It’s been more than 68 years, Indian politicians and bureaucrats have been trying to formulate strategies on how they could bring the stone back to the country, but so far they’ve seen no sign of success.
People had high hopes from Narendra Modi’s government but on April 18th, those hopes were shattered as well when the center gave the statement that Kohinoor wasn’t stolen from India, nor it was forcibly taken away. So was it a gift?

How We Lost It?

In 1849 British forces vanquished Punjab, confiscating the properties of the Sikh Empire. Thus, Kohinoor became a part of the British East India Company’s treasury. A year later, it was shipped to England and was presented to the Queen, who instructed her craftsmen to mount the diamond on top of her crown. Kohinoor now adorns the Tower of London, sitting atop of all the other Crown Jewels.
In the past, several attempts have been made to retrieve the quintessential stone from Britain. In 1997, Queen Elizabeth II visited India to celebrate its 50th Independence Day. During her visit, people requested her to return the diamond. In another attempt, many members of the Indian parliament endorsed a petition in the year 2000, pleading the British government to return Kohinoor. This request was discarded as well, on the grounds that India wasn’t the only claimer of the diamond. Pakistan and Afghanistan too have made claims to reacquire the diamond. So, according to British officials, it’s impossible to decide who’s the real owner of Kohinoor.

Do We Stand a Chance?

Honestly, it’s very difficult to reclaim the diamond. Modi’s government explained the situation by stating that Maharaja Ranjit Singh handed over Kohinoor to Britain in 1849, after losing the war against the East India Company. Moreover, according to the Antiquities and Art Treasure Act 1972, the Indian government is not authorized to reclaim antiquities extracted out of the country before independence.

Besides Kohinoor, there are several other priceless artifacts that India would love to retrieve –