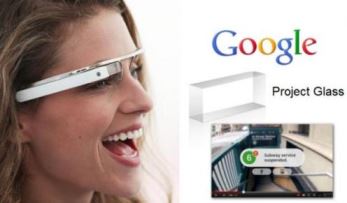 Do you remember the cool glasses Tom Cruise wears in the starting sequence of Mission Impossible II, after climbing an enormous mountain? Pretty soon, you will be able to buy glasses like that designed by none other than the search-engine giant, Google. The company’s dream of producing wearable technology for the masses is slowly becoming a reality as hundreds of Google Glass devices have been distributed for testing already.

What exactly are these glasses? With a Google Glass, you will be able to access data like you do it on your smart phones, but the difference is that it will be right in front of your eyes. The display technology will put the data in your line of vision using a prism screen. The Glass will work like a touchpad with a camera and a microphone. Connect the Glass to your smart phone and you can access everything on your phone without taking it out of your pocket or handbag. The technology is such that it won’t meddle with your view and as per Google’s specifications, the display quality is equivalent to a 25 inch HD screen’s view from around 8 feet away.

The device has all the potential of becoming the revolutionary technological invention of the century. There are several mindboggling features of Google Glass, but what makes this technology so endearing is the fact that it can help people with disabilities in a way like no other device could have in the past. Tammie Lou Van Sant is thoroughly enjoying her newly found independence. The 52-year-old is paralysed from the chest down after being in a dreadful car accident in 1995. Tammie used to love photography before the accident and now with the help of Google Glass she is again clicking pictures. Not only that, she is also answering her phone calls, responding to her text messages and taking small trips without anybody’s help by using applications like Google Maps. Delightedly she says, “I just go out into the world now. I can take pictures or do anything I want.”

But this path-breaking technology has also raised some serious privacy related concerns. Governing authorities in Europe and US are concerned about Google’ privacy policies related to the device and are still seeking details on the matter. For instance, Google was asked to clarify how they will protect the privacy of a person walking on the road who may be unaware that he is being photographed or filmed by the user of the device. Google has asked for about a month’s time to do something about these privacy issues. But for people like Van Sant, the wearable technology has become an integral part of their life.

Until now, only a few medical groups and garage hobbyists were developing wearable devices for disabled people but if Google Glass gets introduced into the market, people with disabilities from all around the globe will be able to access smart phones and an array of amazing applications at much affordable prices. The device can help them become more independent and self confident. Researchers based in Georgia who are working with Google have analysed a smart phone application that teaches parents to use sign language in order to interact with their deaf kids. The researchers have found that when attached with Google Glass this application becomes much more convenient to use.

Other researchers have designed technologies for helping visually impaired users decide a lot of things, for example – does an outfit match with the mood of an event they have to visit? Or does their child’s rash need an immediate medical attention? The users can click pictures of their outfit or of the rash using Glass and upload them on the internet for feedback. Priest Dorman, who is working with Google to formulate this device, says, “These small moments of self reliance may sound trivial to some, but they mean a lot to someone with disabilities.”

Alex Blaszczuk, 26, whose case is similar to that of Van Sant, said that the little things the Glass has enabled her to do are the ones which are the most remarkable. For example, she joins her friends to look up the meaning of a word online or to catch a movie trailer. She joked she gets some strange looks from people who wonder whether she’s filming them. 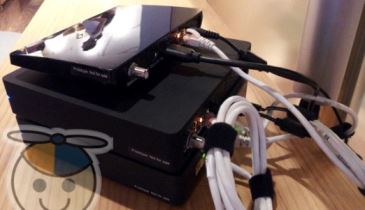 Google is not leaving any stone unturned in trying to lead the world of digital communication. It is believed that...