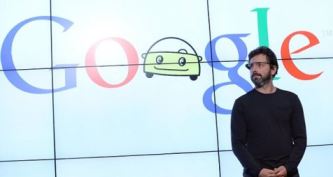 Google is not leaving any stone unturned in trying to lead the world of digital Age. It is believed that Google has already invested millions of dollars in formulating new technologies and mechanisms which will soon capture the worldwide market and will leave their competitors behind like never before. The industry giant recently announced its plans of introducing free of cost wireless internet access to more than seven thousand Starbucks Cafes located all across USA. This has been aimed at displacing AT&T and for accomplishing this task Google has asked the authorities for wider access to wireless airwaves.
Google plans to create and operate a wireless service which is ten times faster than any previous internet providers Starbucks has ever offered. When AT&T, the existing wireless provider for Starbucks learned about Google’s plans, they immediately offered to upgrade their wireless services. Google has also presented a proposal of developing a newer, better version of the Starbucks Digital Network.
Google Fiber
In a landmark invention, the company has formulated a kind of high speed cable TV and internet service called Google Fiber, which is designed using the fibre-optic communication technology. The Fiber was recently introduced in the Kansas City and after receiving a great response, there are plans to introduce the technology in Austin and Provo as well.
Google Fiber is capable of transferring 1GB data in 1 second, speed which is almost a hundred times faster than what they have in US right now. The Fiber is being considered the golden child of the company because of its immense potential. But there is a great amount of risk involved in this attempt and if things don’t go the way they want, Google can incur considerable losses. In the past also we have seen content providers clashing with distributors, bearing unfavourable results. For instance, Netflix accused Comcast of favouring its own content.
When asked rival companies like AT&T and Time Warner Cable what they think about Google’s future plans, they responded, rather casually. AT&T said that they are ready to design their own 1 GB per second fiber network, provided they receive the same support from the authorities as Google. Building such a network is not an easy task since it requires tearing up streets and work co-ordination with a number of local authorities.
Fiber is touted to generate significant revenues for Google whose annual turnover is close to 60 billion dollars. For instance, a city with a million houses will generate revenue of approximately 288 million dollars in a year, if about 20 percent of the families in the city opt for Google Fiber Services. The cost of manufacturing and providing the service to around 300,000 customers will cost Google $170 million.Therefore initially the enterprise will incur losses.
Air Balloons
Besides formulating the Fiber, the company has also launched 30 solar powered balloons into the stratospheric region located over South Pacific Ocean. The balloons are designed to provide access to internet and internet based applications to a much wider audience located in some of the most far off locations on this planet.
The Loon Project is being carried out by Google X, which is a securely guarded wing of the company that handles bold, futuristic ventures for Google. This project involves fashioning of airborne wireless network by employing 12 meter tall, solar powered, highly pressurised air balloons. In June this year, the company tested several balloons by launching them over New Zealand. The balloons were able to deliver 3G-like speeds to ground antennas, which then transmitted the signals to wireless devices. Google’s aim is to develop a much larger fleet of balloons, but many experts doubt the chances of this project’s success since it will face a lot of technical challenges as well as regulatory issues.
Though Wall Street has always supported such experiments conducted by Google, many people are raising eyebrows for this particular project. But the past successes of the company, including the experiment of introducing the Android Software will make sure that the company gets to conduct the experiment positively, without facing any major criticism.