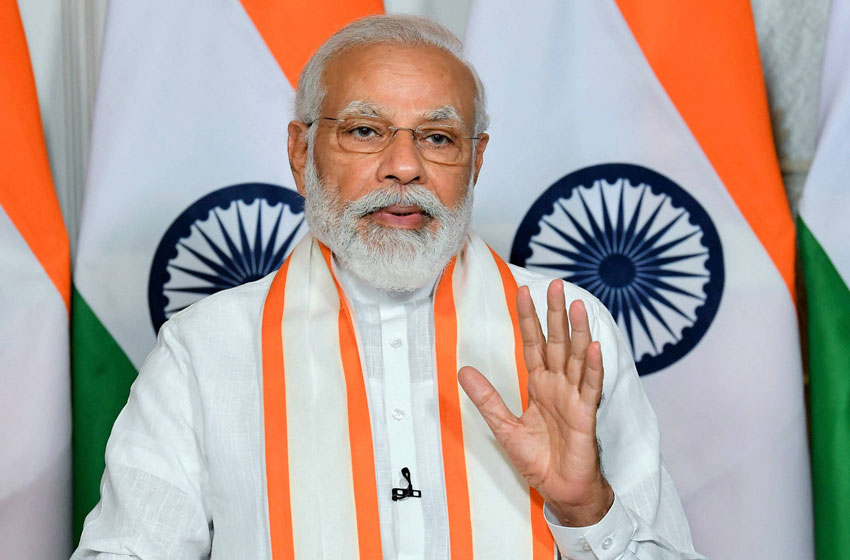 The Indian political scene has always been a tumultuous affair. I still remember the pandemonium that was being acted on our TV screens from 1996 to 1999, where three general elections were held in a span of four years and Mr Vajpayee was sworn in three times as Prime Minister. But the country did face more grave conditions previously when the sitting PM Lalbahadur Shastri died in Tashkent during an official visit and the second time when Mrs Indira Gandhi, the then PM, was shot dead by two of her bodyguards. In a way, it was India’s trial by fire, a test all great democracies have to go through when they are still young. India might have a history of several millennia, but we must remember as a vibrant democracy, it was still young when compared to the western democracies. So political upheavals became a way of life for the citizens.

In terms of a strong mandate, Indians started voting more cohesively and convincingly since 1999. But no one could predict the wave that swept away the electorate in 2014 and 2019 successively. In spite of various parties that participated, the heavyweight contenders, the innumerable factors that affect an election, it was as if the nation came together to choose one man as their leader – Narendra Modi. In both the elections, Modi showed that he knew the pulse of the nation and of the common man. However, a strong leader doesn’t necessarily translate into a successful PM who helps the nation progress. It is yet to be seen whether history will judge Mr Modi kindly, but we sure can highlight the great strides India has taken forward under his leadership.

Before Modi came to power, the country was reeling from at least half a dozen scams. 2G, CWG, defence equipment scams, Coal scam, are just a few to be named. One of the important steps in that regard was demonetisation. In 2016 Modi declared all Rs.1000 currency to be banned while introducing a new denomination of Rs. 2000. The latest report in TRACE (an international business association) index says India has improved from 185 in 2014 to 77 in 2020 in terms of ‘Bribery Risk’. It is not to say that Modi has ended corruption, but definitely, his political will, use of technology and transparent decision-making has made sure that the poor receive their entitlements while corruption is curbed.

Launched on Gandhiji’s birthday in 2014, this cleanliness mission was PM’s personal goal to see a clean and hygienic India, which was Mahatma Gandhi’s vision. Under this scheme, hundreds of thousands of toilets were constructed for people who couldn’t afford to construct their own. This national movement urged people to help build India’s image as a clean and green country by resolving to achieve 100% Open Defecation Free (ODF) nation status. It was rather a stumbling block for the nation to be viewed through the lens of an unhygienic and unclean country, thereby eroding the image internationally. As of 2021, 10,71,04,647 household toilets have been constructed, and India reached its goal of being 100% ODF on 2nd October 2019.

Most of the nation’s rural households used firewood as fuel to cook, leading to rampant pollution and medical complications for the women till a few years ago. Ujjwala Yojana guaranteed a free gas connection to these households who now cook smoke-free, improving their health as well. India now has 99.8% LPG coverage as of 1st April 2021, with more than eight crore LPG connections distributed in 5 years.

One of the biggest economic reforms in independent India, GST or the Goods and Service Tax, was brought in with the promise to streamline taxation and compliance burden. And it did. The other constructive point was e-invoicing. It ensured better transparency in supplier-receiver transactions, while the introduction of the e-way bill along with clamping down on fake invoicing stopped GST revenues losses. GST has reduced supply chain costs and the burden of several indirect taxes. However, it does have its problems like the technical glitches, the complexity of claiming input tax credit and constantly changing compliance rules which, when resolved, will help it reach its full potential.

Running a country can’t be only in black and white. There will be hits and misses. But when compared to previous regimes, Narendra Modi has brought a purpose, mission and vision to the Prime Ministership of India. India has bettered its position internationally as well as done well to uplift its citizens in the past few years. It’s a long road for our nation to regain its lost glory, but for now, we can be sure we are on the right path.