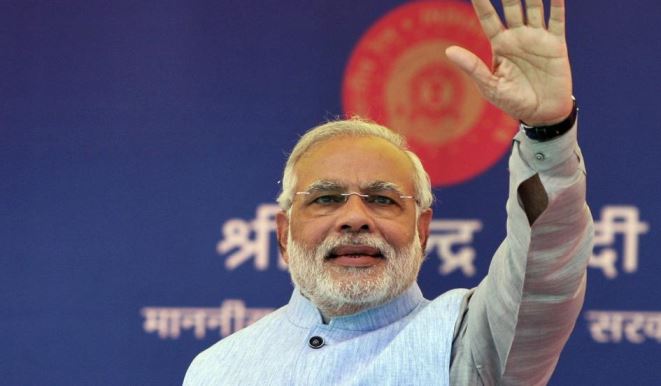 Narendra Modi is fast gaining reputation – in India and abroad – as a ‘travelling Prime Minister’. He has made trips both near and far to strengthen India’s reputation among its global partners. Of all these, though, his visit to the US, which happened in September 2015, attracted the most attention.

In speeches and public events India’s Prime Minister Narendra Modi has a habit of referring to himself as a ‘baniya’ – a Hindi term for ‘trader’ or ‘businessman’. Ever since he won the General Elections by a landslide in 2014 and became the leader, he has made business his top priority, and development his mantra. He has been clocking air miles at a relentless pace, and in September 2015, he went to the United States and met with the folks of Silicon Valley.

Here are a few highlights from his trip:

Pitch to diaspora in Madison Garden
In Madison Garden, Modi pitched his ideas of development and skill enhancement to the members of the Indian community that lives in the US. India has always been a country focused on education, he said, and added to that, now it has a demographic advantage that will proper it into an age of progress. He called out to all the members of the diaspora to do their bit for the good of the country. ‘Mahatma Gandhi was, like you, an NRI,’ he said. ‘I trust that like him, you will do your bit for the country that birthed you.’

Townhall with Mark Zuckerberg in Facebook HQ
On 27th September, Modi took a tour of Facebook’s offices in Palo Alto, and he participated in a Townhall Q&A along with Mark Zuckerberg. They discussed some global issues, and then spoke about the importance of great companies in the US setting up investments in India.

Dinner with Fortune 500 CEOs
Modi addressed 40 top executives in charge of Fortune 400 companies in a dinner event and assured them that his government was committed to ease of doing business. He invited all the assembled leaders to invest in India and take a chance on the world’s fastest-growing nation. ‘Reform in governance is the number priority for my government,’ he said. ‘Foreign Direct Investment has fallen all over the world, but in India it has increased by 40%, which is a sign of global confidence in the country.’

He said he was ready to welcome all US enterprises with open arms into India. Among those present were IBM Chairman Ginni Rometty and Pepsico chief Indra Nooyi.