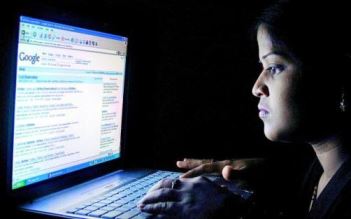 When we speak about addiction, the first images that come into our minds are those of stoned teenagers in shady alleyways smoking on strange-looking stubs and staring into space. Or we think of a smoker lighting the tip of a cigarette with one that he has just finished. Or we think of an alcoholic who begins his day by opening a bottle of rum. But we hardly ever think of people sitting in front of computers, clicking and typing. And yet it is the one type of addiction that is currently on the rise, with our world becoming more and more technological by the day. We’re getting addicted to our computers, our phones, and to the internet.
A favourite theme in science fiction movies and stories is that of technology taking humans captive. As a culture we’ve always scoffed at that; if we were smart enough to design it, the argument went, won’t we be smart enough to control it and stay out of trouble? Long before our machines imprison us, we always used to think, we would decommission them. We would destroy them. We only want them, we said, we don’t need them.
And yet today we see technology intruding into our lives more than ever before. Has there ever been a time before in human history where a bunch of people get together in a room and they are all busy on their respective phones? Have we ever spent eight to nine hours of our time alone with a machine before in our lives? When was the last time you had a conversation with a fellow human that was not interrupted by a phone call, a text message, a tweet or a status update?
More and more people report feeling helpless and overwhelmed by the power their computers hold over them. Take a man away from his email for three days and he starts getting fidgety. Extend the time of separation to a week and he will begin to display classic withdrawal symptoms. For some people it’s Facebook, for some it’s minesweeper, for many it’s World of Warcraft, and for many others it’s online chatting, whether to strangers or to ‘friends’. The first thing the average twenty-something does today on getting up in the morning is to check his phone, and it is also the last thing he does before going to bed.
Not all habits are addictions, of course. Many of us will protest and say we’re healthy users of all these things, but then that is what most addicts say about themselves too. A more pertinent question, perhaps, is to ask whether your gadgets have ever affected your life adversely. An honest answer will place us all somewhere on an addiction scale. Some of us are severe addicts – we cannot get by without spending seventeen hours a day playing World of Warcraft – and some of us are mild – we cannot get by without checking our email twice a day at least. But we’re all addicted.
More and more people these days are consciously saying no to ‘being connected’. Almost all of them report being more relaxed, happier and less hurried. Perhaps it’s time you gave it a go, too. But will your smart phone let you?