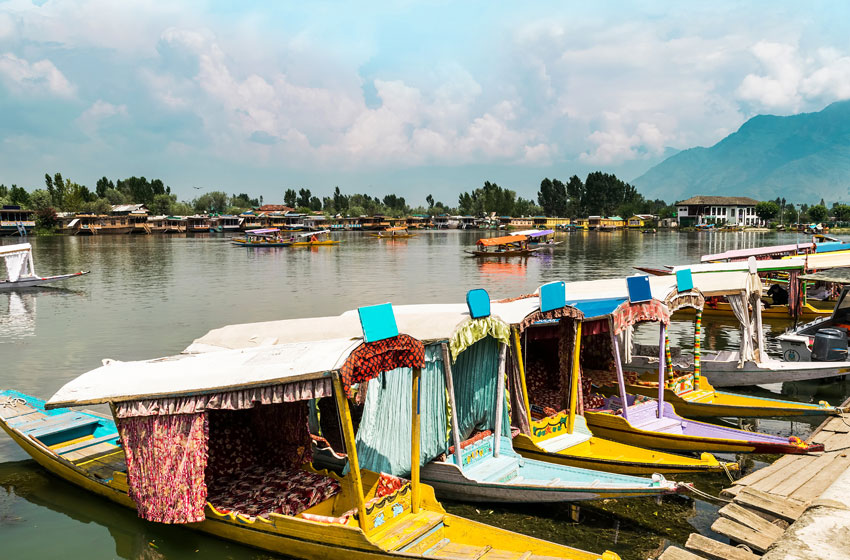 When Amir Khusro wrote his famous lines “Agar firdaus bar roo-e zameen ast, Hameen ast-o hameen ast-o hameen ast” to describe Kashmir, he never would have imagined in his wildest dreams that one day the beautiful Dal Lake would be ruined with the waste of an entire town. But, unfortunately, the situation is such that boatmen in Dal lake often have to bear down on their oars nowadays to untangle their boats from garbage and weeds.

The scenic lake is being slowly choked with untreated sewage, silt and weeds. Srinagar’s Dal Lake is one of the most famous destinations for tourists across India and one of the city’s main attractions. However, boatmen complain that it is getting increasingly difficult to paddle through the lake these days.

While the lake seems clean and spotless near the shore where hundreds of elegant houseboats are docked which tourists rent, a little away from the shore, all you can find are tons of garbage, mossy swamps, and thick weeds floating around the lake, which are gradually destroying it. Moreover, a University of Kashmir research completed in 2016 shows that hardly 20% of the lake’s water was somewhat clean while 32% was severely degraded. The lake is constantly being polluted by 15 big drains of the city whose sewage directly goes into it, contaminating the waterbody with pollutants like phosphorous and nitrogen. A local houseboat owner says there are 900 registered houseboats which only contribute to a very small amount of pollution, a claim which cannot be relied upon! In a grim report accessed through a Right to Information request, the local authorities stated that in 2017 alone, the city added 44 million litres of sewage into the lake each day.

Add to that, almost 1 million litres of sewage is pumped into the lake from houseboats. Thankfully, government officials say they are fighting hard to save the lake from degradation and carry out 30 million litres of sewage treatment a day while deploying frequent de-weeding techniques to tackle the problem. Illegal structures are also being demolished in the catchment area of the lake. In addition, numerous mechanical dredgers have been deployed to collect silt and weeds, whereas workers in wooden boats accumulate the smelly waste from the lake every day.

However, environmentalists caution that though the removal of weeds has helped, more effort will be needed to save the lake from the huge amount of untreated sewage that pollutes its water continually.