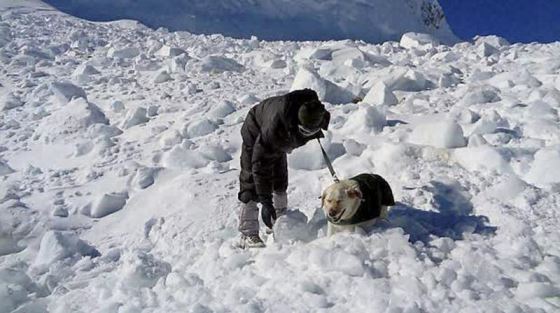 The Siachen Glacier goes by many names, one of which is the highest battleground in the world. In 1984, India took military control of the glacier in order to gain a strategic advantage of neighbours and long-time rivals Pakistan. In this article, we tell you a little more of the story of Siachen. Read on.

In the long-standing Kashmir dispute between Pakistan and India, Siachen Glacier acts as the bone of contention as the seventy-year-old tug of war continues all around it. It is the northernmost tip of India, and ever since April 1984, when India’s Operation Meghdoot pre-empted Pakistan’s Operation Ababeel by one day to claim it with military troops, the army’s presence at the glacier has been constant.

Ever since 1984, there have been constant skirmishes and tussles for ownership of Siachen, with India holding strong and keeping Pakistan at bay by maintaining control over the most strategic locations.

Death by avalanche
In February 2016, ten Indian soldiers met their deaths when an avalanche at the Siachen glacier washed over them, once again raising the issue of whether troops should be subjected to such extreme weather conditions. Rescue operations were able to find and save one soldier, Lance Naik Hanamanthappa of the Madras Regiment.

A costly affair
Both Pakistan and India have publicly voiced intentions to move away from the glacier, because the process of maintaining troops at the place has proved to be a costly affair for both countries. Just the financial cost of troops at the Siachen is estimated to be around 5 crores per day. Add to that the fact that almost 840 soldiers have died on duty since 1984, most of them due to weather conditions and not due to combat, and it’s plain to see why both countries are eager to move away.

Extreme conditions
The temperature at Siachen can be as cold as -45 degrees Celsius. It is known as the world’s highest battleground, and is the toughest place to survive even for the most battle-hardened troops. The inhospitable terrain is made more treacherous by constant storms and avalanches. Constant exposure to sub-zero temperatures have caused symptoms such as memory loss, blurring speech, frostbites and lung infections. Low availability of oxygen makes it even more difficult for troops to live any semblance of normal life.

Why not withdraw troops, then?
All government and army officers queried on the subject confirm that withdrawing troops from Siachen is not an option, notwithstanding the high cost and risks involved. The Siachen Glacier offers the Indian army a great strategic and positional advantage over the Pakistani army at the northernmost tip of the country. India believes that Siachen is part of the Shimla agreement and therefore belongs to India, whereas Pakistan believes otherwise. Therefore, from a military and political standpoint, withdrawing troops is not an option for either country until a solution for the Kashmir issue is found.

A salute to our soldiers
The Indian army maintains troop presence at the Siachen Glacier all year round, so no matter what day of what month, there are people out there in freezing cold conditions, stretching their bodies beyond their natural capacities, enduring great mental and physical hardships. They say of Siachen that it is a place where land is so barren and the passes so high that only the best of friends and the fiercest of enemies come by. A salute to our soldiers, who give of their todays to protect our tomorrows.