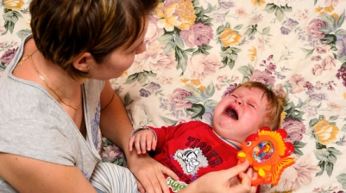 Fifteen year old Rachel started taking piano lessons on insistence of her parents but after six months all the whining started. She started to hate the practise session and she just couldn’t stand her piano teacher. She became hateful and depressed in the presence of her teacher as well as her parents. The parents were quite adamant that she has to learn how to play piano, so they started to sit with her through her practise sessions, trying to guide her but the result was the same. After another six months, things became awful. The parents often shouted at her and threatened her.
Ultimately, Rachel withdrew herself from piano lessons completely. The piano was now lying there, untouched, for over a year. The father in particular was heartbroken since the piano costed him a fortune and now the gorgeous instrument was just sitting there, getting wasted.
Another 15 months passed and nobody touched the instrument, then one fine day Rachel sat at the piano and tried playing some of the old songs she used to play while she was taking the lessons. She couldn’t play them. All what she had learnt during her initial piano sessions was now gone and this made her feel really miserable. She didn’t lose hope and tried again the next day but once more she couldn’t play those songs.
Her dad asked why she is struggling to play her old songs. She replied that she has completely forgot them. To this, he said that it’s amazing how you lose touch once you stop practising. He also made her understand that all her months of hard work is now gone because she stopped playing piano. Rachel was shattered but determined; she asked her dad whether he would allow her to take piano lessons again. A wave to enormous delight ran through his body, he wanted to dance and sing, shouting, “YES, YES, YES!” Somehow he controlled himself and quietly nodded in agreement.
Try a Diverse Route
They both agreed to a few points that a new teacher will take the sessions and this time, Rachel will be the one deciding when to practise and how to practise.

A year passed, the new teacher and Rachel bonded perfectly. She was learning much faster, playing piano like never before. Even though, the workload was considerably high, Rachel tried to never miss her lessons. The lessons she was learning were tougher but she was enjoying the process.
So How it All Worked Out
The key lies in making kids believe that they are doing something on their own, rather than somebody is making them do something. If you’ll get all ‘tiger mum’ on your kids they will not like that. They will become rebellious thinking that they are forced to do something they don’t like. If you keep on pressurising your kids, they will feel that their feelings don’t matter to you.
On the other hand, if you give them a little freedom of making their own decisions, they tend to feel a sense of responsibility. They feel accepted and trusted. Research from all around the world supports these facts and shows that this practise gives you better long term as well as short term results.
All you need to do is to talk to your child and focus this conversation on the expectations from both the sides and how you and your child can achieve a goal, together.
Eliminate the Chore Chart
Chore chart is the main culprit behind most of the fights and misunderstandings between parents and their kids. Tell your kids that no one is going to follow the chore chart from now on. Tell them that they need to take initiatives on their own, so that you don’t have to ask them to do this or that, all the time. You can give them reminders that something needs to be done but don’t go after their life, nagging all the time. At dinner or at the weekend, celebrate and appreciate their initiatives. This will encourage them and your bond will become stronger.
You can encourage them picking up their favourite sports, dance or music or field of education. Sometimes these things take time but don’t lose hope and keep trying. Sometimes kids won’t do the thing you have asked them to do but instead they will do something else which is equally good. For example, if you want them to opt for basket ball, they won’t. Instead, they will take up lawn tennis or swimming. You need to be supportive when your child takes such an initiative.

How To Shield Your Child From Bad...