Man jumps in front of Bengal tigers in a China zoo 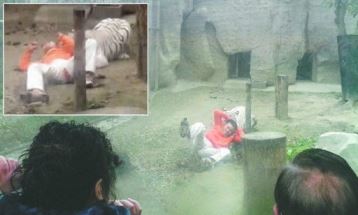 A Chinese man left visitors at a zoo startled and shocked in disbelief as he climbed over the fence of a cage in which two Bengal tigers were present and jumped in front of them in an attempt to sacrifice his life.

Yang Jinhai, 27, started climbing the fence of the cage at the Chengdu zoo in the Sichuan province as he was depressed regarding the conditions in which these marvellous and majestic animals are being kept. He felt that the tigers have lost their liberty to roam around and hunt as per their wish and henceforth, decided to become their meal.

As soon as Yang jumped into the cage, he started shouting at the tigers and provoking them. After a certain point of time, one of the Bengal tigers grew agitated and pounced at him. But fortunately, the zookeepers fired tranquilizer darts at the animal after which Yang was rescued and treated for bite marks. 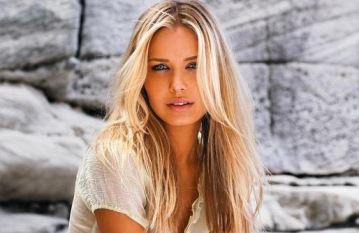 Over the past decade, Australian model Lara Bingle has consistently stayed in the news for all the wrong reasons. Lara...