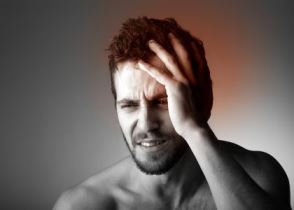 You will forget where you came from…
As technology has progressed, the world has seen diminishing boundaries and people of different psycho-social–make-up coming in contact with each other. Sometimes they intermix with each other while maintaining their own identities whereas at other times they may not get along so well. Quite often it’s the case that a new culture is born out of amalgamating cultures. For instance, as Indian and Persian cultures interacted, a new Urdu culture was born. Countries like Australia, New Zealand, USA, Canada, and South Africa share a diverse migrant heritage. Historically, Australians had wide acceptance for migrants as they introduced a variety of goodies into the Australian culture. Early Europeans brought with them the culture of wine and preference of coffee over tea. The Italians introduced Pasta and Pizza into the country and so on. The usual Aussie attitude was to ‘embrace the good stuff’ as resources were plenty and their exploitation scarce. Things started to change only in the latter half of the 20th century when globalisation made the economies vulnerable.
As a developed country, Australia not only pulls in highly qualified people from around the world but also low-skilled migrants. This wave of immigration has created a multicultural society in the country. According to the 2011 census, one-fourth of the population was born overseas. As a matter of fact, almost 43% of the population had at least one parent born overseas. This healthy presence of diversity leads to multiculturalism in Australia which marks the ideology by which all the cultures coexist in an open, self-critical manner.
“Having said that, Multiculturalism as the new paradigm for the 21st century is often a term greatly misused and highly misunderstood.”
There is no denying that Multiculturalism is a value-laden concept and over time it has come under fire from diverse segments of the population. One of the earliest critics of multiculturalism in Australia was historian Geoffrey Blainey who wrote that multiculturalism threatened to transform Australia into a ‘cluster of tribes’. He criticised multiculturalism for tending to “emphasise the rights of ethnic minorities at the expense of the majority of Australians.” Such views have been discovered to be thoroughly unfounded by the later scholars as multiculturalism has brought in large scale economic prosperity and cultural diversity in the country. In modern times, multiculturalism enables us to look upon the other, not as a ‘potential predator’, but as a ‘profitable partner’.
On the flipside, Cosmopolitanism is one such ideology which projects that all human ethnic groups belong to a single community based on a shared morality. Other similar terms such as Inter-culturalism, Cross-culturalism, and Transculturation are also in vogue these days.
Critics of Multiculturalism say that it has failed and, supposedly, the proof is extremism – London riots, Oslo killings or attacks on Indians in Australia? The timing of such extremist incidents may suggest that multiculturalism brought by globalisation is not feasible during recession when opportunities dwindle and there are socio-economic and psychological pressures. The Asian presence has also been portrayed by some quarters as a socio-economic takeover and is being blamed as a threat to social cohesion, unemployment, and violence.
Since the nineteenth century, Asians have been widespread immigrants to Australia. In 1861, Asians comprised nearly 3.5% of the Australian population. Today, they still about 12% of the Australian population. Needless to say, criminal elements exist among Asians in Australia as they exist in other communities.
“With regard to almost all the major social indicators such as crime rates, fertility levels, divorce rates, health status and educational performance; the statistical data suggest that there are no significant differences between Asian Australians and other migrant communities. Fertility rates among Asian Australians range from 1.9 to 2.1 per women, rates similar to Australian-born population. In the educational area, evidence suggests that Asian Australian students are performing well in educational institutions. There are also highly skilled migrants from Asia who are represented in managerial, administrative and professional occupations.”
Multiculturalism, in reality, insists that no culture is perfect or represents the best way of life, so it can always benefit from critical dialogue with other cultures. It is the inequality, rather than diversity, in the society which leads to frustration and gets manifested in the form of intolerance and prejudices in the minds of people. When unemployment becomes a stressor, natives tend to see prospering migrants on their lands as offenders and tend to form prejudiced opinions.
The Australian government has taken many initiatives to ensure development of a healthy multicultural society. The National Capital City, Canberra has developed a tradition of the National Multicultural Festival, which was held over 3 days in February. The 2012 National Multicultural Festival has officially been hailed as the biggest and best on record with more than 260,000 people voraciously eating, dancing, connecting and learning at the three day extravaganza.
‘The People of Australia – Australia’s Multicultural Policy’ was launched on February 16, 2011 by the Ministry for Immigration and Citizenship, and reaffirms the importance of a culturally diverse and socially cohesive nation. Australia is only the second country after Canada to have such a policy. It has included various futuristic initiatives such as Australian Multicultural Council, National Anti-Racism Partnership and Strategy, Multicultural Arts and Festivals Grants; and Multicultural Youth Sports Partnership Program.
Multiculturalism is a valuable tool which stimulates society members to appreciate diversities and celebrate differences among individuals. It is the only option open to educators, leaders and administrators in an ever-increasing culturally pluralistic world. This is because today’s diverse student populations are simply not going to go away, but increase. This is the direction of the future—multicultural, multiethnic, multilingual societies.

Meet the Indian-American Astronaut who is in...