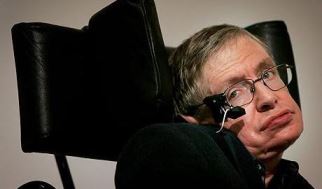 As the world eagerly awaits the new documentary based on the life of eminent physicist Stephen Hawking, he shares some lesser known facts of his life. His most famous book ‘A Brief History of Time’ that stayed for a record-breaking 237 weeks on the British Sunday Times’ best seller list, would have never been completed, had it not been for his first wife – Jane Hawking.
In the year 1985, Prof Stephen Hawking unfortunately contracted pneumonia. In Prof’s own words, “The doctors thought I was so far gone that they offered Jane to turn off the machine”. But, she denied turning off the life support system and instead demanded he be flown back to Cambridge from Geneva.
The ‘darkest’ days of his life ensued with the weeks of intensive care. Although the treatment saved his life, a small incision in his throat left him voiceless and the hope of finishing his book was shattered when he was put on a ventilator. But Prof Hawking did eventually publish the book in 1988 and it fetched him worldwide fame.
The documentary, Hawking, to be released in cinemas from September 20, will take the viewers on a personal journey through his life. He not only speaks about his two failed marriages and his constantly precarious health in the documentary but also reveals his rekindled camaraderie with his first wife. Jane Hawking appears in the documentary and shares her anguish of the broken marriage. According to reports, the release of the book coincides with the release of his biography ‘My Brief History’.
At the age of 71, the former Lucasian professor of mathematics at Cambridge University hopes to travel to space with Sir Richard Branson’s space tourism business, Virgin Galactic. This zeal for life must have been enough for Prof Hawking to defy the motor neurone disease and the doctors.