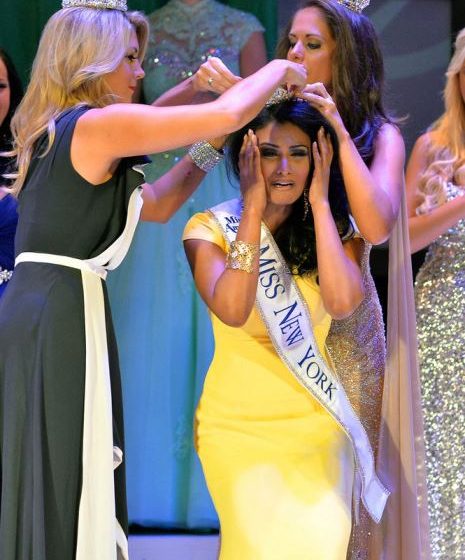 Nina Davuluri was abused on Twitter after she became Miss America.

Some people on Twitter say she is not an American. Other say she is an Arab and looks like a terrorist.
A user on Twitter DallasRobinson8 writes that he is literally so mad that an Arab won.
Jakeamick5 said that how could a foreigner became Miss America. The girl is from Arab.
Emi_adkins stated that it was called Miss America. Just get lost from New York as you look like a pure terrorist.
Another Twitter user said that they just chose a Muslim girl for Miss America. This may have made Mr. President happy.
Others users on Twitter defended her though.
TonySals98 stated: I cannot believe users are being racist about our fresh Miss America. Such people should go away.
Another user said: America is full of racists.
CJlovebug said: The world is very ignorant. Indians are also rightful of gaining the title of Miss America. That is the reason I want to go from America.
Eighty-nine years old V Koteshwaramma said that she was so happy for that girl. Her dream came true at last.