Since its inception, nearly a quarter of a million people have availed its services, but not anymore. Almost after two decades, the 457-visa category is being abolished by the Australian government! Introduced in the year 1996 by the Howard Government, it gave employment to foreign nationalities in around 650 different sectors. Let us now understand the implications of this new amendment bought by the government.

The Changes– The decades-old 457-visa policy is being replaced by a new modified VISA SYSTEM BY THE Australian Government. This new visa policy will have two sub-parts –

There is a minimum requirement of two years of relevant experience required to qualify for availing both the visa categories. For the longer visa, there is an added requirement of having English proficiency of the highest standard. Another significant change from the previously abolished system is that there is a need for a complete check of the criminal history of the person instead of just a self-declaration form. Even the previously established permanent residency schemes have changed as under the new scheme no permanent residency will be offered to people having a two-year visa and for people having a four-year visa, they will be eligible for permanent residence period increased to three years from the previously established two years. Also, according to the new system, the minimum age for availing temporary work visa is decreased from 50 to 45 years.  The Government will also reduce the age limit for temporary work visas from 50 to 45.

The affected sectors – As per the new scheme, there has been a drastic fall in employment for foreign nationalities as around 200 jobs have removed from the list of jobs where they can apply. Previously existing jobs such as shearers, actors and call centre managers are no longer present in the new system which were present in the previous list of 650 jobs. But the current visa holders won’t be affected by these changes, but when they renew it, they must follow the new procedure. As per the new system, the new rates which would be applicable are $1,150 for the two-year visa and $2,400 for the four-year visa.

The reason behind all this – Since September last year, the Government has hinted that it would be altering the current Visa system and the opposition party even wanted a big shakedown in the current system. Honourable Prime Minister Malcolm Turnbull hastened his pace of bringing in the reforms to protect his job. Some experts also suggested that this was done mainly to gain the confidence of the one nation voters. Even though the one nation leaders Senator Cory Bernardi along with Senator Pauline Hanson claimed the credit for the changes but the Prime Minister termed it as a decision taken by the government itself without any external pressure. Incidentally, the decision of the Australian Government coincided with the decision of the American Government under Donald Trump to prohibit entry of foreign workers.

Opening Australian Borders Is Not a Priority For Scott Morrison

82,000 Australian Mortgage Deferrals Ending – Hard Times To Follow For Many! 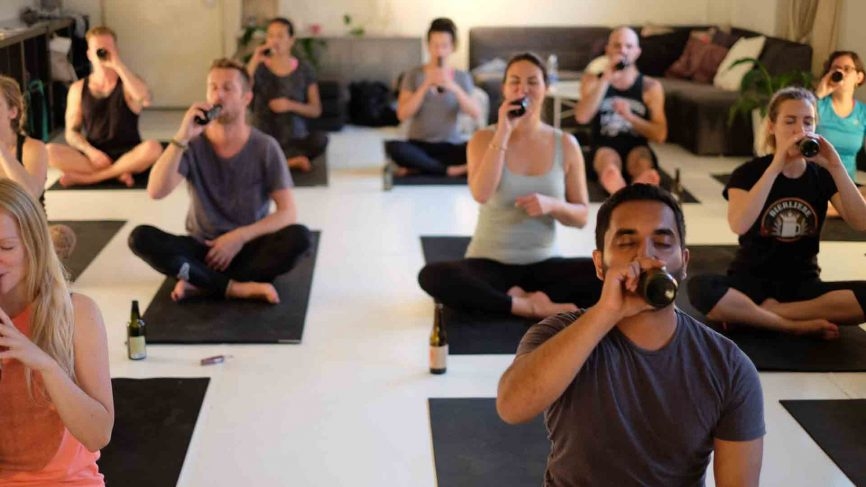 ALL YOU NEED TO KNOW ABOUT BEER YOGA

Yoga has caught on like wildfire all over the world in recent years. Now what is making a bigger wave...