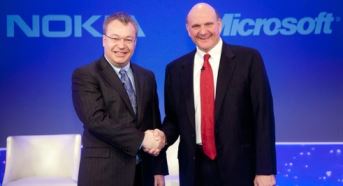 Microsoft is all set to expand its wings even more after the takeover of Nokia. Since Microsoft will now be controlling the Services and Devices division of Nokia, thus this will give them the command to control the mobile phone as well as Smartphone businesses along with manufacturing, designing and assembly services. Furthermore, Microsoft will also be taking control over the sales, marketing, operations as well as support. Nokia is known well for its mapping device and this is something that Microsoft can take ahead once it gets hold of the patents of Nokia as per the ownership rights.
The newest offerings from the house of Nokia are Asha 501 and 515 made of pure aluminium. Terry Myerson who happens to be the Microsoft VP of Operation Systems group greeted all the members of Nokia family to Microsoft and made promises that the joint alliance will prove out to be immensely productive as well as beneficial for both the parties.
At present, there might be close to 1.3 billion people who are using Nokia phones and in some parts of the world, the word “phone” is considered as synonymous to Nokia. Windows has already made its presence felt in Nokia market with a wide range of Windows phones available in the market. The Lumia series of phones happens to be the best offering till date and Microsoft aspires to give this innovation a new edge altogether.
Let us see how this new partnership turns out for both the heavyweights.