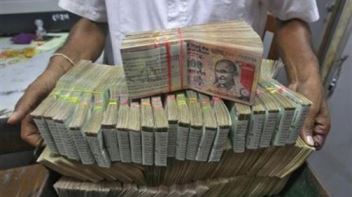 After assisting the Anti-Corruption Bureau of India kaput a bribery case, a Non-Resident Indian got duped by two men posing as property agents who talked him into buying a piece of land in Jaipur reserved for SC category buyers. These two fake agents were nabbed by the ACB cell and a bribery case has been slapped against them at Amber Police headquarters.
As per the reports of the police, the NRI has been identified as Abhinav Sharma who is a doctor based in England. The incident started three years back when Abhinav’s father Subhash met Shankar Meena and Babu Lal expressing his desires to buy a plot of land in the Chapradi area under general category. As per the officials, a piece of land was then shown to Subhash Sharma who then expressed his interests of purchasing the property following which the duo presented fake documents that showed the availability of the piece of land to the general category even though it was reserved specifically for SC category people. Henceforth, the final deal was struck for INR 8 Crores.
The realization came at a stage when Subhash Sharma reached out to the Amber Tehsil regarding the registration of the plot of land and was being told that the land had exclusively been kept for SC category and under no terms, will be transferred to general category. Furthermore, when Sharma brought up this matter with the administration, they demanded bribe.
Already seven officials have been caught in the net and investigation has commenced.