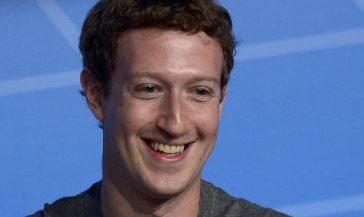 They are young, they are restless and they are filthy rich. Reaching the 1 billion dollar milestone is a huge achievement in itself for anyone and even more so in case of the below mentioned personalities who have managed to achieve this enviable feat at such a young age. So let’s present ten of these young achievers to all of you starting from the youngest –
1)    Perenna Kei and Family
Aged just 24 and with a net worth of $1.3 billion, Perenna Kei is currently the youngest

billionaire in the world. This young lady owns an 85 percent share in Logan Property Holdings through various firms and a family trusteeship whose Chairman and CEO is her father, Mr. Ji Haipeng. She’s been known in the past with her nickname ‘Ji Peili’ and is currently a non-executive director in the firm. Her qualification being a Bachelor’s in finance and economics from the University of London.
2)    Dustin Moskovitz
Aged 29 and with a net fortune of $6.8 billion, Dustin Moskovitz has only this year lost the tag of being the world’s youngest billionaire to Perenna Kei. This young achiever rose to fame when he helped kick start the social networking website ‘Facebook’ along with his then roommate Mark Zuckerberg. Dustin dropped out of college after two years to join Facebook as its third employee. In the year 2008, he left it to start a new software firm known as ‘Asana’ that focuses on improving the way people work with project collaboration tools. Dustin got married last year to his long time girlfriend Miss. Cari Tuna.
3)    Mark Zuckerberg
The CEO of Facebook is aged 29 and has a massive net worth of $28.5 billion. And no one was happier than this man when Facebook turned ten this year. After a disappointing May 2012 Initial Public Offering (IPO), Mark Zuckerberg has taken his organisation to new heights this year. Due to an almost 130% growth in the company’s shares up to February, his personal fortune has almost doubled even in spite of him giving away about 18 million shares back in December. During this time, he has sold an estimated 41 million shares and used 60 million options also.
4)    Anton Kathrein Jr.
With a net fortune of $1.35 billion at the ripe young age of 29, this young man leads Kathrein-Werke AG, a company which mentions itself as the oldest and biggest Antenna manufacturer on its website. A frontrunner in the field of automotive antennas, this firm also manufactures radio and television broadcast antennas, terrestrial as well as satellite based reception networks, machinery for high-speed multimedia transmission by cable television service providers and antenna networks and electronic features that permit mobile phone signals to travel across the world. The firm boasts eighteen different manufacturing sites across the globe and over 6700 employees on its payrolls. Founded by Anton’s grandfather in the year 1919, it was headed by Anton’s father Anton Sr. from the year 1972 until his untimely demise in 2012. The company generated profits amounting to almost $1.8 billion in 2012.
5)    Drew Houston
Aged 30 and with a net worth of $1.2 billion, this young man is the co-founder as well as CEO of Dropbox. This young man has made this esteemed list thanks to his tech firm raising a funding of about $10 billion valuation. Houston cofounded his firm along with Arash Ferdowski back in 2007. He’s been experimenting with computers since the tender age of 5 and has been involved in several start-ups since school.
6)    Albert von Thurn und Taxis
Having a net fortune of $3.8 billion at the age of 30, Albert who is the 12th prince in his family heritage had been given his fortune when he had turned 18 back in 2001. He owns real estate, an art collection and also about 36000 hectares of forest land in Germany which is a record. Still unmarried, his residence is in his family castle in Bavaria and he is an aficionado of racing cars.
7)    Scott Duncan
Aged 31 with a net fortune of $6.3 billion, Scott is presently unmarried and happens to be one of 4 heirs to a huge energy pipeline fortune built by his late father Dan Duncan. A kind dividend plan and a share price increase of Enterprise Products Partners have made him around $1.2 billion richer.
8)    Eduardo Saverin
Aged 31 and with a net fortune of $4.1 billion, Eduardo is another of Facebook’s founders who’s been living in Singapore ever since giving up his U.S citizenship in 2012. He is very media shy and nowadays mostly works as an angel investor.
9)    Yang Huiyan
Having a net fortune of $6.9 billion at the age of 32, this young lady is the richest woman in China and also the Vice Chairperson of Country Garden, a real estate firm. She inherited her father’s stake back in 2007, which was the same year in which she became China’s richest woman.
10)     Fahid Hariri
Aged 33 with a net worth of $1.2 billion, Fahid is the youngest son of murdered Lebanon Prime Minister Rafiq Hariri and a graduate of Ecole Spéciale d’Architecture de Paris in 2004 . Having mainly amassed his fortune from real estate holdings in Beirut, Lebanon Fahid credits his father for developing his interest in real estate. Though Fahid has not been to Beirut ever since his father’s untimely demise, he is continuing his work there.