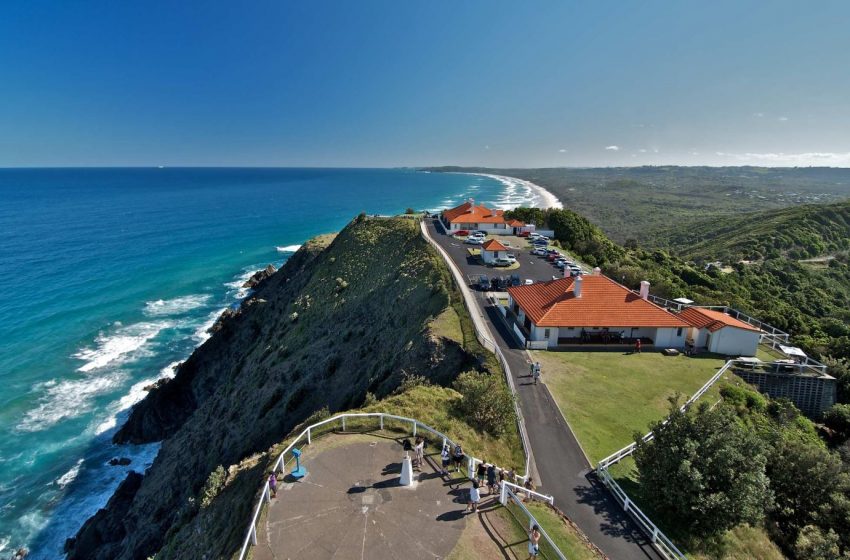 Byron Bay is the pride of New South Wales. Of all the beach towns in Australia, this is perhaps the most famous, and the most often frequented by tourists and surfers alike. In this article, we give you five reasons why we think Byron Bay is the best place ever no matter what you’re looking for.

There are beach towns, and then there is Byron Bay. If your knowledge is a little sketchy, Byron Bay is located in the far Northeastern corner of New South Wales. Whether it is surfing, whale watching or snorkelling and scuba diving on your mind, Byron Bay has it all. To make things even more tempting, it lies right next to subtropical rainforests, so you can throw a good old Aussie bushwalk into the mix.

Here are five reasons why Byron Bay is quite simply the best place to visit in Australia.

1. Beaches and surfing
We know we’ve mentioned it already, but when it comes to sun, sand and sparkling emerald seas, no amount of repetition is enough. Within walking distance in Byron Bay you have the Belongil Beach, Main Beach, Clarkes Beach, The Pass, Little Wategos, Wategos and Tallow Beach in pretty much an unbroken necklace of sandy, watery beauty. Between the clutch of beaches, you will find four first-rate surfing breaks so that you can float out on your boards and become one with the ocean.

2. Swimming and snorkelling
They say swimming is the closest a human body can come to flying on its own while still on Earth. Anyone who has ever put on goggles and done a lap of freestyle in the local pool will agree with that. But Byron Bay, if you happen to catch her on a calm day, is the biggest swimming pool you will ever find. If you wear a pair of fins and a snorkel, you could be gliding over two separate shipwrecks and a stunning variety of marine life at the point where temperate and tropical waters merge.

3. Walks
The beaches themselves are great for walking, and the shoreline is longer than your walking stamina, we bet. Nothing beats a dawn or dusk walk along the beach, where the orange tinges the water’s surface, and the waves gently lap over and die beneath your feet. However, there are dedicated walking trails in Byron Bay too; you can try the Lighthouse walk, which takes you up to the Bay lighthouse, or you can do the bushwalk running the back way. There are many walks around the headland as well by the Broken Head. Time your walks with dawn or dusk for the best experience. Landscape always looks more magical in twilight.

4. Views
What did Nietzsche say? It’s worth walking up the mountain that no one wants to scale, because the view from the top will probably be unique – and worth it. Well, some of the climbs in Byron Bay can be soul-sapping, especially if you’re not the fit kind, but let’s assure you that every one of them is worth it. There’s no feeling quite like standing on top of St Helena and watching the Bay reveal herself to you hundreds of feet beneath you. There are many such views of the hills available if you’d only care to look.