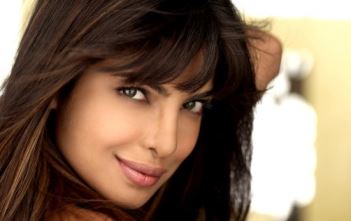 In an interview with Bollywood starlet Priyanka Chopra, she candidly reveals that her opinions regarding the movies that she acts in are somewhat different from what her audience expects them to be. She believes that people expect certain kinds of opinions from her but in reality, most of her opinions have been contradictory.
Priyanka has always been in the news for some or the other reasons. When asked about it, she promptly replies that it is not her fault since she stays active and the editors are always keen to cover her life in some way or the other. She adds that most of the times, editors write about her achievements and her works. Any topic apart from that just comes with the territory.
Apparently, Piggy Chops (as she is being called in the industry) was recently gifted a Rolls Royce. When asked, she replied by saying that a woman can certainly be a big achiever in the present age. She can buy as many cars for herself as she wishes to. Same goes with diamonds as women fancy ornaments. Her perceptions are strong and clear. If she was gifted a Rolls Royce by someone, then she feels that she has the right to flaunt it since the car is hers.
PC has always had a good taste for luxury. When asked whether she is too young to be driving a Rolls Royce, she retorts by saying that her Rolls is spunky and modified. Priyanka considers herself as an elitist and goes on to say that the feeling is the same as that of buying a Mont Blanc pen for the first time. So your possessions are more or less, your achievements only. People should have a good taste of luxury and especially those who can afford it. And this quality of Piggy Chops makes her the trendiest among Bollywood stars.
Over the past one decade, Priyanka has taken her career to a global level and has even worked in Hollywood. But when asked whether everything happened to quickly for the feeling to digest, she simply states that her works are nothing but an expansion of creativity. She has done her share of modelling, music and acting on an international level and is proud of her achievements. She is eager to work harder and realize new aspects of her life which have not yet surfaced and feels that she has a long way to go. It all depends on the scripts that she is being offered. Piggy Chops has lots planned for the coming decade and vouches to make her presence felt all over the world. She goes back to the days when she ventured into the big world of acting and bagged her first few projects which in turn, have been instrumental in shaping up her future in Bollywood as well as Hollywood.
Priyanka Chopra has always been honest with the media and this is one of the reasons why she is considered as media-savvy.