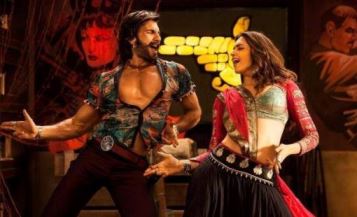 It’s a 2013 Indian drama, musical and romantic movie that has acquired ratings of 6.2/10 on IMDB. With a budget of $23 million, it has grossed about $17 million up until the third week and still running in theatres. It’s directed by Sanjay Leela Bhansali and music is composed by Monty Sharma. It stars Ranveer Singh and Deepika Padukone.

As we talk about the music of this movie, it includes voices of Shreya Ghoshal, Aditiya Narayan, Arijit Singh and Osman Mir. This movie includes 10 soundtracks and according to most of the music reviewers, this album is proved as one of the biggest hits of this year. The first and second tracks of the film, “Ang Laga de” and “Dhoop” include traditional Hindi music and melodies. “Laal Ishq” is the next track which is kind of purity song and it has become the biggest hit of the entire album in the previous two months. Next tracks that include “Ishqyaun dhishqyaun”,”Mor Bani Thangat” and ”Lahu munh lag gaya” have went unnoticed among most of the critics and listeners. On the other hand, the remaining tracks are very popular among youngster and this list includes “Nagada sang dhol”, “Poore chand” and “Ram chahe Leela”.