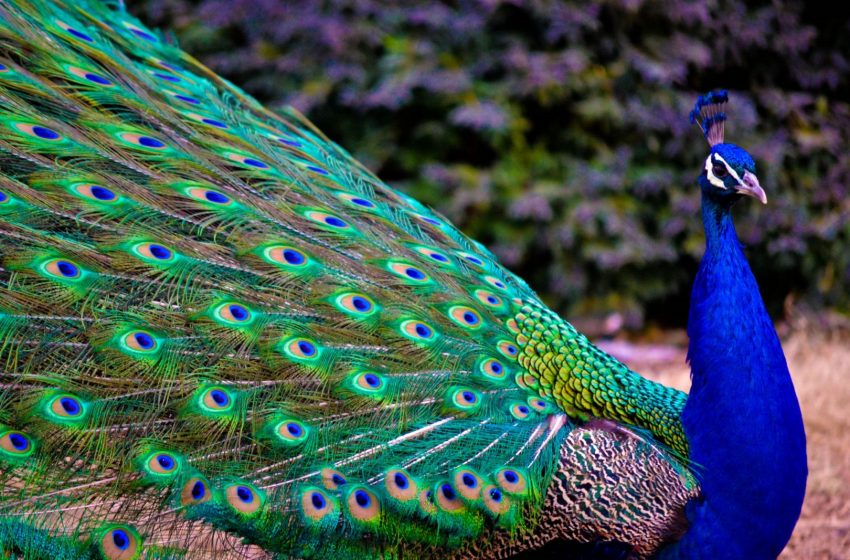 Mating game is probably the longest battle, which has been going on since eternity and is destined go on forever. While in humans it must have begun when a random guy had appeared while ‘Adam and Eve’ were having dinner, in animals, this battle is much older. While men still struggle to understand, ‘what women want’, animals and birds are much ahead in the game.
Not relying on small talk and generous gifts, male animals have brought fundamental changes in the way they look and behave to attract their prospective partners. Some work on sounds, some on strength while some depend purely on persistence, peacocks make their looks irresistible to get the attention of peahens.
Indian peacocks are better looking than their female counterparts. This is a result of thousands of years of evolution which has been developed to support a healthy breeding cycle. The peacock spreads its beautiful feathers and displays its vivid colors when it is trying to win over a peahen. In fact, it goes on to perform a rapid movement of feathers which looks like a dance, also creating a ruffling sound, hence completing a solo performance.
A peacock has many partners in a lifetime but every time it has to mate, the performance has to be flattering enough. Not all peacocks can act so flamboyantly, the best plumage trains have been seen in the healthiest of birds. So the national bird of India can’t just give one good performance and live off on the reputation, it has to be on the peak of its abilities and looks to be the most eligible bird around. This proves that men are not the only ones dancing around to impress women. Guys, if next time flowers don’t work, try doing some feather dance.