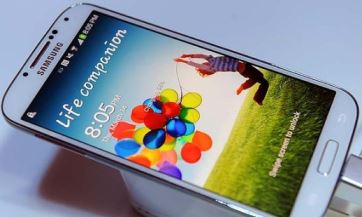 Samsung is all set to release its latest high-end

Smartphone Galaxy S5 in the market and the highlighting factor of the same would be the size of the display screen. If specification reports are to be relied upon, Samsung Galaxy S5 will have a 5.2-inch screen with a display that will be sharper than the predecessor model. Samsung plans to release the fifth edition of the flagship Galaxy model along with Galaxy Gear Smart Watch but has not divulged the specifications of the same.
If rumours are to be believed, Samsung will be launching the model at a price less than that of the previous models. But what is absolutely known is the fact that the model will be loaded with the most upmarket features in order to counter the slowing trend of premium smartphones over the past one year.