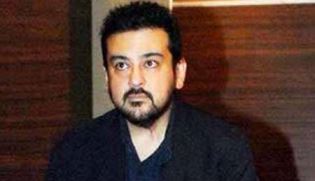 It seems that renowned singer Adnan Sami will have to bid adieu to India as an official from the Maharashtra Navnirman Sena called up the Pakistani singer and told him that his visa term had come to an end. The call was apparently made by Amey Khopkar who is presently serving the post of the Film Wing Chief of MNS. Amey called Adnan to the MNS office on the afternoon of Saturday and it appears that the two luminaries had a long discussion over the issue.
After the meeting with Adnan, Amey appeared before the media and told that the singer’s visa had expired on October 6th, but still was staying in India which was illegal. However, Adnan Sami repeatedly tried to reassure Amey Khopkar that the renewal process of his visa was ongoing to which Khopkar insisted him to leave and return only upon the renewal of his visa.
The first notice of Sami’s visa period came to the table when he was fighting property-cum-divorce case against his ex-wife Sabah Galadari last week in Mumbai. Adnan Sami has been a resident of India for over 14 years now and keeps renewing his visa whenever the expiry date arrives. It is said that Adnan renewed his visa last year for a time window of September 26th, 2012 to October 6th, 2013.
Born in the year 1969 in London, Adnan Sami has numerous albums in English and Hindi under his name and happens to be a well renowned singer in the Bollywood industry.