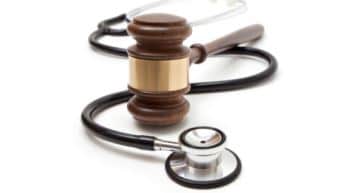 What if your medical health professional gives you negligent care that worsens your condition and causes you undue pain and suffering? What are your options under a law that strives to protect doctors at the cost of the patient? We look at two case studies to glean some insights.

Medical health professionals are considered slightly different to other professionals, in that negligence is very rarely punished effectively. To be fair, some of this is due to the nature of the profession itself; diagnosis is more of an art than a science, and every doctor weighs probabilities against one another to make a choice that may, in hindsight, be proven to be the wrong one.

So the medical fraternity’s argument is that what a patient concludes as negligence in hindsight may have just been an unavoidable mistake.

If you’re a patient who is convinced that you’ve been on the receiving end of medical negligence, then the onus is on you to prove to the court without doubt that the main cause of your worsened condition was the doctor’s negligence. In other words, you’re required to prove that if the doctor had taken a more reasonable route, you would have been better off than you are now.

Needless to say, this is often an uphill task. One: no one can prove a hypothetical alternative scenario without a smidgen of doubt. And two: this proof requires you to assemble your own medico-legal team of experts, and sadly, most doctors show enough professional brotherhood to stand up for the doctor in question rather than the patient. You can be confident of the fact that for every expert you find, the doctor will find a dozen willing colleagues ready to back him up on court.

Case Study 1: Coote vs Dr Kelly
In a 2012 case at the New South Wales Supreme Court, Mr Coote presented to Dr Kelly in September 2009 with a lesion on the side of his foot which Dr Kelly diagnosed as a plantar wart when the lesion turned out to be a virulent form of skin cancer called Acral Lentiginous Melanoma. Dr Kelly had continued to treat the lesion as a wart up to March 2011. The lesion was not correctly diagnosed until March 2011 and by that stage it had metastasised. Mr Coote was so ill that he was allowed to give his evidence on commission (on video) just in case he passed away before the matter went to trial.

In spite of this evidence, the Supreme Court ruled in favour of the doctor because it could not be proved that negligence was the main cause of the worsening condition.

Case Study 2: The death of Anuradha Saha
In 2013, a landmark judgement was given in the Supreme Court of India in the case of Anuradha Saha, who had died in 1998 due to medical negligence. After a fifteen-year fight in the courts on behalf of her husband, Kunal Saha, the Supreme Court ruled that he be paid $1 million in compensation plus 6% interest over fifteen years. It is to be noted that all lower courts in India ruled against Kunal Saha, and he had to appeal through to the highest court in order to get justice.

Kunal Saha, also, was at an advantage because he is a medical doctor who could assemble a panel of experts on his wife’s condition who was ready to speak on his behalf.

Now he runs a non-profit called People for Better Treatment to help others in similar situations. Australia has similar groups like the Medical Error Action Group, which receives as many as 100 complaints every day, out of which half can be classified as medical error.

Unless the law is changed to even the scales a little bit in favour of patients, medical negligence cases are bound to escalate and worsen in coming years.