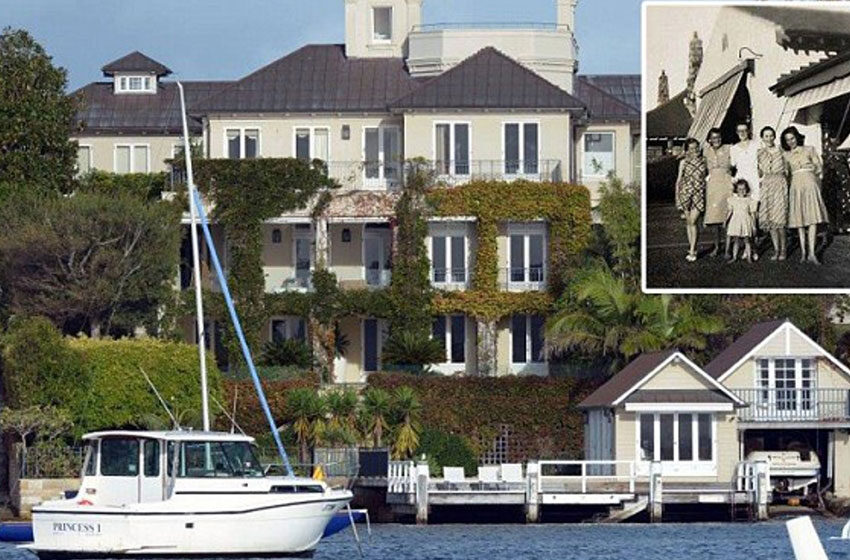 A record-breaking deal for residential property has been cracked in Sydney as the Point Piper harbour front mansion, Altona, has been sold for about 50 million dollars.

The confirmation of this news comes as the document with Land and Property Information has revealed a purchase has been made for this luxurious property situated at Wunulla Road.

For the past one month there were rumours about the property getting sold however no one could provide a confirmation on that, including the Double Bay property agents. Many of them however rightly predicted that the estimated price would be around 50 to 55 million if it were to be sold.

The only past record of a sale made to this tune was of 45 million dollars. The property named Coolong is situated at Coolong Road in Vaucluse. The sale was made in the year 2008.  Altona has broken this record by a margin of 5milion dollars. After being in the limelight from time to time since 2007, Altona has finally been sold.

Altona was formerly owned by Deke Miskin who is a publishing giant and his wife Eve who is a bikini designer. The duo had advertised the property without an asking price. It is said however that Mr Miskin expected a price of 55 million dollars for his mansion that includes eight bed rooms and seven bathrooms plus a plot of land by its side, as per Bill Bridges of Ballard Property. Bill Bridges was the agent when Miskin bought the property in the year 2002 for a sum of 28 million dollars.

There is a reason why Altona has grossed the amount it did. The property boasts of all modern comforts and luxuries one can imagine. Apart from an amazing view of the harbour and terraces overlooking lawns, the place has a heated swimming pool, sauna and private jetty, rooftop deck and an amazing bathhouse.