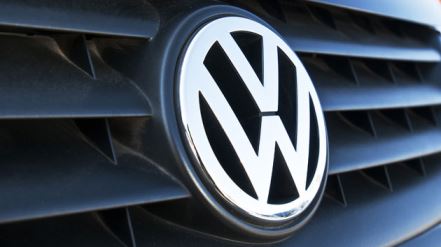 Volkswagen is one of the world’s most famous brands. But in September 2015, it took a big hit in trustworthiness when the EPA came out and slammed it for releasing vehicles with defect devices. In this piece, we give you a short lowdown on what happened, and what may be in store for the luxury car giant.

In September 2015, Volkswagen Group, the automotive company that owns brands such as Volkswagen, Audi, Porsche, Bentley, Lamborghini and others ran into some trouble with the US Environmental Protextion Agency (EPA) when it was discovered that a variety of Volkswagen and Audi vehicles were shown to have been fitted with ‘defeat devices’ on them. A defeat device is a software application that reduces the efficacy of a car’s emissions control system when it operates under normal conditions, but allows the system to function normally while it is being tested for emissions.

This way, Volkswagen could potentially offer cars with better performance while ignoring the emissions regulations in the United States.

This scandal resulted in the resignation of Martin Winterkorn, then CEO of the company. While initial estimates were that around 500,000 vehicles would be found ‘defective’ in this manner, after Winterkorn’s resignation, Volkswagen issued a statement revealing that as many as 11 million vehicles worldwide had the deceptive software in them.

This means that Volkswagen could stand to pay as much as $18 billion in fine just in the US. In a damage-control manoeuvre, Volkswagen called for an emergency meeting and appointed Matthias Mueller as its next CEO, succeeding Winterkorn. Winterkorn’s resignation, it must be noted, comes with a generous $32 million pension on top of the hefty severance package he is bound to get.

It’s only been a month since Mueller took over, so it’s not yet clear what direction Volkswagen will take under him, but he is from an engineering background, and has been involved in the automotive business since 1977. He joined Audi in that year, and ever since then he has been working his way up the ranks. At the time of his appointment as the CEO of VW, he was the CEO of Porsche, so he was very much one of the front-runners for the job.

In a statement for the media soon after his ascension to the top job, Mueller said, ‘My most urgent task is to win back trust for the Volkswagen Group—by leaving no stone unturned and with maximum transparency, as well as drawing the right conclusions from the current situation. Under my leadership, Volkswagen will do everything it can to develop and implement the most stringent compliance and governance standards in our industry.’

It remains to be seen if the new CEO can wash off the stains that have smudged VW’s reputation in the recent past.