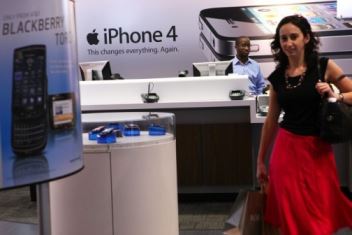 Scented Notifications for Your Smart-Phone

Ringtone alerts are a thing of the past! Attach the newly developed smart-phone accessory, ‘Scentee’ to your device and instead of a ringtone notification you will receive a puff of scent when you’ll get a text message or an email on your mobile. The accessory, which has been developed by a Japanese firm, can be plugged into the earphone socket of your phone. The scent cartridges come in a number of fragrances including – apple, jasmine, coffee, lavender, rose and some of the off-beat varieties like curry and corn soup. You can also program the emission to match an alarm. So enjoy a scented wakeup call for a refreshing start of the day!

People are obsessed with the idea of designing machines that can work like humans and now a new technology has been formulated to further achieve this endeavour. A program has been designed to crack CAPTCHAs, the sequence of slanting, squiggly letters/numbers which we often see on the internet. CAPTCHAs are employed by certain websites to ‘prove that you are human’ and not some software or a machine trying to control or hack the website. But a San Francisco based company has formulated an algorithm which can crack this technology. D Scott Phoenix, the co-founder of the company however maintained that they have not developed the software for any wicked purpose and they do not even intend to sell the program, they simply wanted to show the world how good they are when it comes to formulating machines that can work like human brain.

Just when the world was still trying to understand the intricacies of 3D printing technology, researchers from the University of Colorado developed 4D printing, which can formulate objects that can change their original shape after a certain amount of time. The researchers incorporated the ‘shape memory’ polymer fibres into the materials used for 3D printing and the result was the production of 4D objects which are capable of changing shapes on their own. The capability of this additional step has suddenly opened gates for a range of possibilities. Imagine you buy a chair, you put it in your living room and it starts to assemble itself!

Out of nowhere, a massive floating barge has surfaced in the San Francisco Bay and it is being speculated that an enormous data centre is being developed by Google on this giant structure. The barge stands at least four stories high and is being constructed with a series of contemporary cargo container units. People identify this construction as ‘The Secret Project’ of Google. The barge, which is located off Treasure Island, measures 250 feet long and 72 feet wide and the depth of this structure is about 16 feet. Google has not substantiated that they are behind this construction but there are enough evidences to link the association of the company with this strange project.