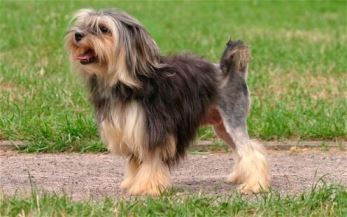 When man first domesticated dogs, he must have never thought that down the ages he will end up depending on them so much. Perhaps it’s this dependency on our friendly domesticated hounds that led us to embark on a dog breeding frenzy over the years which resulted in some amazing breeds tailored to suit our needs. These loyal animals don’t just fetch newspapers from our doorstep, they also save lives. Research has shown that humans stay happier in the company of their beloved pet dogs. While some of these breeds are cute and adorable, others are closer to their ancestral roots and are loud and ferocious. Whatever they might be like, we can’t refute the fact that we dote on them.
Over the years, man’s best friend has proven its worth time and again but just how much are these animals worth? Let’s get familiar with some of the most expensive and coveted dog breeds in the world and what truly makes them so special. Here is a list of the top ten breeds from all over the world.

Japanese Akita
The Japanese are crazy about their pets and the Japanese Akita proves they are not wrong. The breed which originated from Japan is at number ten in the list of most expensive dog breeds in the world. This breed is usually sold at a price of about 1500$ to 4500$. They not only look beautiful but are a courageous lot and often seen in dog shows performing some great stunts.

The Bearded Collie
The Bearded Collie which can fetch as much as 5000$ is number 9 on the list. This magnificent breed is easy to recognise because of its characteristic black and white long tresses. Originating in Scotland, the Bearded Collie (also known as Beardie) was originally a shepherd’s dog and used for herding sheep. It is energetic and can become a dependable family companion if you are ready to keep up with its grooming requirements.

Pharaoh Hound
The splendid Pharaoh Hound is eighth on the list. This sleek looking dog appears like royalty. What make it even more special are its good habits, swiftness and obedience. The Pharaoh Hound is one of the tough breeds which make it ideal for hunting. Those who own the Pharoah Hound know it is an easy one to please as the hound makes it very obvious when it is happy by turning red in the face. It can be owned for as much as 2500$ to 6500$.


Tibetan Mastiff
A popular breed, the Tibetan Mastiff is the seventh most expensive dog breed in the world. Despite the two most expensive dogs ever sold in the world belonging to this breed, the Mastiff is not the most expensive breed overall. It can fetch around 2000$ to 7000$ on an average. Its thick coat and calm eyes suggest that these dogs prefer to be at peace alone and are not very outgoing or obedient. However, they look impressive and have great concentration skills.

Rottweiler
The friendly Rottweiler finds 6th spot on the world’s most expensive breeds list. Fetching a price as high as 8000$, the Rottweiler has been one of our favourites all around the world. This breed has proven its mettle by being a dependable companion to our rescuers, policemen, therapists and even shepherds by perfectly executing all the tasks assigned to it.

Chow Chow
Usually grossing a little more than the Rottweiler, this breed originating in China is the 5th most expensive dog in the world. This cute and cuddly little creature has been sold for an impressive 8500$.

English Bulldog
The English Bulldog, or the British Bulldog, is popular all around the world as a trusty companion and cool tempered dog. Its gait and striking face make it a delight to be with. The happy dog is one of the most sought after breeds making it sell at huge sums of 2500$ to 9000$ each. This favourite pet is 4th on this list.

Samoyed
The third most expensive dog breed in the world has to be unique and exquisite and the Samoyed is just that. This fluffy looking bright white to beige coloured dog is covered with a thick coat of fur which is ideal for surviving in colder climates. Its origins are obvious by its looks as it is a Siberian breed excelling in all activities related to the hills and snow. It is a good hiking companion and does a good job of pulling weights and sleds on the snow. There is no reason why someone would mind paying as much as 11000$ for this amazing dog with a smile.

The Cavalier King Charles Spaniel
As impressive as the name sounds, this little breed of Spaniels beats all other breeds and comes in 2nd among the most expensive dog breeds in the world. Though bred in the UK, these are extremely popular in America as well. Its characteristic long ears and bulging eyes make it a very visually appealing dog that comes in various colours and colour combinations.

German Shepherd
The most expensive dog breed in the world is none other than the dog that has been our most trusted companion for ages, the German Shepherd. You will find a German Shepherd anywhere where high skill and intelligence are required. The breed is highly priced because of its exceptional learning ability. It is ideal for working with in high risk environments such as with rescue teams, bomb squads, help for the visually impaired etc. The German Shepherd can attract a sum of as much as a whopping 24000$!

These breeds constantly compete against each other to better their rankings so you might find this list with minor ups and downs every now and then but these attractive breeds have been the most coveted for some time. There is no limit to how expensive an individual dog can be depending on its features, ancestry, or who it was spotted with. Breeds seen with celebrities instantly get a popularity jumpstart and their prices increase manifold. However, no matter what breed you own or how expensive it is, your dog will definitely make you feel special.