We know which question must be circling in your head after reading that title: why would one buy a desktop computer in 2018 when smart devices are developing and advancing every day?
There are some jobs that your smart device can’t perform. Ask a music composer, graphic designer, illustrator, gamer, or even a photographer and they’ll tell you that apart from the mobility aspect of the desktop computers, they are better and more heavy duty than most laptops.
When $500 can buy you a laptop with an Intel Core i3 processor, the same amount can get a competent Intel core i5 desktop-grade CPU, perhaps with a separate graphics card.
It saves time, money, gives you more scope to make more changes in the machine for its upgrades and performs better than a laptop or any other mobile device you may be working on. So, here’s a list of the4 very best desktop computers that 2018 has to offer: 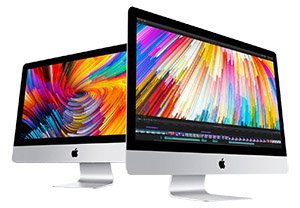 Apple has yet again bagged a place in the top 5 with its iMac Core i5 with its signature sleek and classy design and an amazing 4k Retina display. No matter what task you throw at this beauty of a machine, be it at home or at work, its Intel i5 Core Processor works in light speed and can handle spreadsheets, graphics designing, image editing with absolute swiftness. 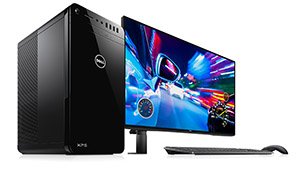 Good news alert for all the gamers out there; the Dell XPS Tower Special Edition is what you should be eyeing if you want to take your gaming level a notch higher. With an AMD Radeon RX 580 – Nvidia GeForce GTX 1080 graphics card, 256GB SSD; 1TB HDD – 512GB SSD; 2TB HDD of storage, and an Intel Core i5 – Core i7 CPU, this machine is sure to blow your mind with its performance. The minimalist design is a plus too!

Even though the Microsoft Surface Studio can easily be called an all-in-one powerhouse, it is perhaps the artist’s dream. The Nvidia GeForce GTX 965M – 980Mgraphics, 8GB – 32GB RAM, 64GB SSD; 1TB HDD – 128GB SSD; 2TB HDD storage facility, and Intel Core i5 – i7 CPU comes beneath a glamorous hood. The 28-inch PixelSense Displays can give the best of the 4k display computers a run for their money. The Surface Pen Support is an absolute must-have for aspiring as well as established artists. 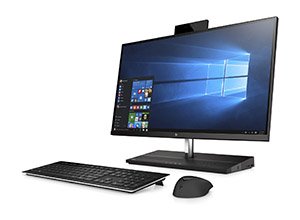 This business machine may not have all exclusive features to its credit, but it sure does give you the ability to upgrade it as you want. The 27-inch 4K display makes for a good visual base while you can easily upgrade the Intel Core i5-7500 CPU, RAM, and storage. The beautiful and chic design is perhaps something that won’t need an upgrade.
If you were doubtful of investing in a Best budget desktop, this list of the 4 best machines in the business, made for every heavy-duty purpose, will perhaps change your mind.