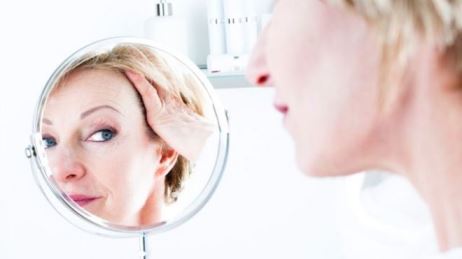 Some people say that grey hair look classy but for the rest of us sane ones, grey hair can lead to depression. You must have heard someone saying, “There should be a magical pill to avoid grey hair”. Well now there is. Researchers are claiming that they have found the ultimate cure for grey hair. This newly found treatment will soon be available in the markets and will allow millions of users to discard older methods of maintaining the colour of their hair.

The research team from Bradford University’s School of Life Sciences discovered that people with grey hair develop ‘massive oxidative stress’ due to the accumulation of hydrogen peroxide in the hair follicles. This causes the hair to bleach itself from the root to tip of the hair. The researchers concluded that this accumulation of hydrogen peroxide can be treated with a proprietary treatment, because of which the hair will not grow to become grey.

The researchers, who have discovered the treatment, studied an international group of 2411 patients before jumping to any conclusion. They describe the treatment as, ‘a topical, UVB activated compound called PC-KUS’. The same treatment can also be used to cure a skin condition called, ‘Vitiligo’ which causes loss of pigmentation. A considerable amount of improvement has been documented in the quality of life of many individuals, after a total as well as partial successful re-pigmentation.

FASEB Journal editor in chief, Gerald Weissman says that for generations, numerous remedies have been introduced to hide grey hair but this one is the ultimate treatment that gets to the very root of the problem.

Once this treatment gets officially introduced into the markets look forward to your grandparents saying things like, “In our times, such treatments were not there.” Let’s hope we will never have to say this to our children or grandchildren.