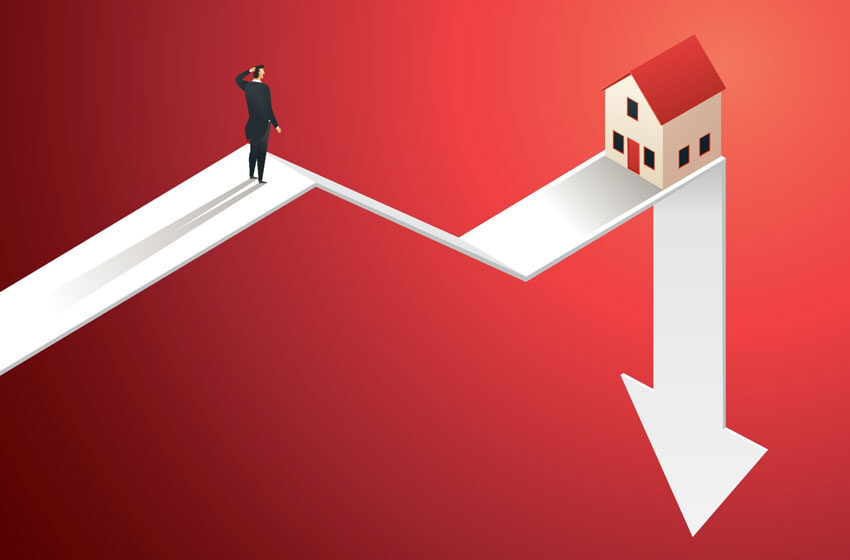 The worst housing crash that occurred in Sydney was during the 1890s, nearly 130 years ago. Now, in 2019, analysts are projecting a housing crash that will be the worst in Sydney’s history.
Economists are warning that an impending housing bubble will pop in Sydney and Melbourne. They are projecting housing prices to plummet by nearly 25% in 2019 and advise that there is a chance it could crash by half in what they are calling a “property bloodbath.”
Lindsay David, the founder of LF Economics, has been warning the public about a potential market crash. The recent house price dips might be the starting signs of an impending market crash. These “dips” according to CoreLogic data, showed prices were down 12.3%, another 8.7% drop from peaks that were reported in July and November 2017.
Some experts feel that property prices in real estate markets like Sydney and Melbourne – the hotbeds – could fall by as much as 40%.
Lindsay David, for instance, anticipates at least 20% fall in 2019. It is, however, considerably more than other experts are predicting. Companies like AMP Capital are advising to be cautious of a fall around 25% in Sydney and Melbourne alone. UBS is citing that there will be a rising risk of nearly 30% in the same areas.
Use of a forecast tool known as a “debt accelerator” correlates the housing price growth over the next six months. The trend that has been seen in these debt accelerator data is an anticipated sharp fall in Sydney and Melbourne. For example, mortgage debt has slowed dramatically from 6.3% to 4.7% from 2017 to 2018. That’s a 1.6% dip in the market. It’s anticipated that the number could drop to 2 or 3% in 2019, with it continuing through 2020.
Lindsay David does not believe this downfall will be all negative. The housing market, for instance, will be affordable again.

Will the Housing Crash Be Compared to the One Before?

If you have witnessed the last housing market crash in Sydney, you know what you’re looking at. However, would it be as bad or worse?
The recession of the 1990s, for instance, nothing compared to the one David is projecting. He puts pressure on the fact that as more time passes, there’s less of a chance for the government to stop the decline.
David urges that the main path – in his words the only road – to re-inflating prices in the housing market is to relax lending standards. An excellent way to go about it is to make interest free loans available to buyers. That might be unlikely given the current scenario though.
Lindsay David has many warnings – and it would be prudent to listen to them. He clearly illustrates that Australia is in the early stages of a process that will lead the country’s system of debt financing to die. However, while the losses are going to be significant, it will contribute to a future where we have a housing market that is more accessible by everyone.