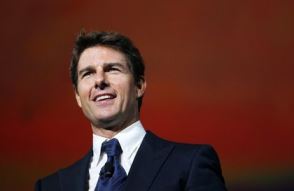 Even if Tom Cruise and Katie Holmes have parted ways, Cruise still claims to have a very strong bonding with his daughter Suri. Lately, Tom has sued two American magazines under Bauer Publishing Group for falsely highlighting that the Hollywood superstar abandoned his daughter after the divorce. The 51-year old star sued two magazines namely In Touch and Life & Style for $US50 million by claiming that all the implications were absurd and false. He goes on to clarify in a two-page document that he is still emotionally, financially and physically connected to Suri.
The reports were livewire on the magazines last year saying that due to film projects in other countries, Tom Cruise abandoned his daughter Suri to which he agreed that he was in UK as well as Iceland for film shoots but stayed in touch with his daughter on a daily basis. Earlier, the whole family used to travel together to Tom’s shoots but after the divorce, things changed to a great extent. Cruise stated that Suri stayed with Katie in New York since she was enrolled in a school there while Tom was busy with his overseas shooting schedules.
Cruise stated that he used to call Suri every day whenever he was abroad and met her in November, July and August. Bauer’s lawyers are backfiring by stating that they have confidential sources through which they have known the strained relationship of Tom