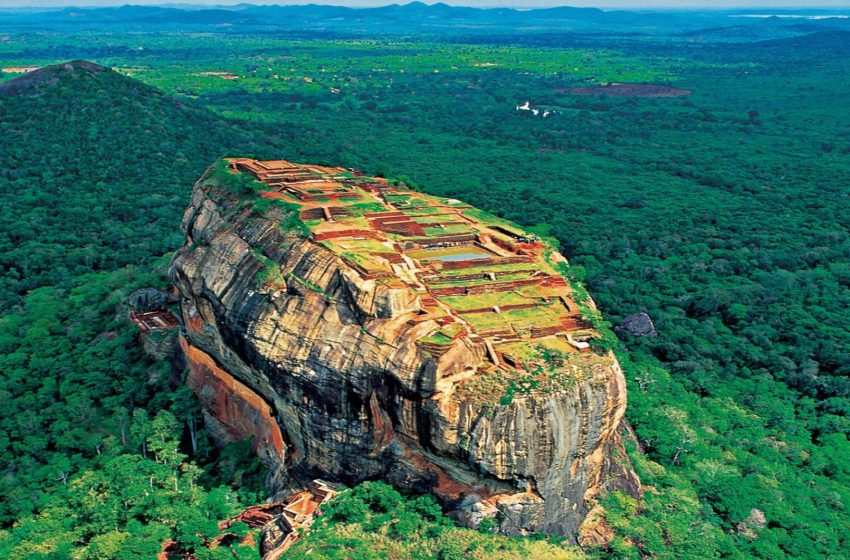 Ceylon is the ancient name of the island of Sri Lanka, but even before Ceylon the country had another name, Serendip. If you are thinking that Serendip is somehow related to the word ‘serendipity’, you are quite right. The word serendipity was coined by Horace Walpole and was inspired by a Persian tale called, ‘the three princes of Serendip’. The princes in the tale used to make amazing discoveries, unintentionally. Like the three princes, I was also amazed by this mysterious little island. There are so many things to explore and so many places to visit. But if you are here for just a day or two, visit these three iconic attractions of Central Sri Lanka –

The Ancient City of Polonnurawa
Built in the 12th century, Polonnurawa used to be the royal city of the Polonnaru Empire. One of the most popular tourist attractions of the country, Polonnurawa was declared to be a UNESCO World Heritage Site in the year 1982. Visit this historical site and explore the stunning Buddhist carvings on the walls of the temples or admire the enormous statues of Buddha that glow in the dark. Besides the statues which are placed inside the temples, there are 3 massive statues of Buddha located in a parkland near the parking area of the attraction. It is said that these three statues evoke the feelings of kindness and compassion in your heart, by merely looking at them. The place is filled with positive energy.

The Ancient City of Sigiriya
The ancient palace of Sigiriya is another remarkable historical attraction that you’ve got to visit while being in Sri Lanka. It is located in the Central Matale District in the Central Province of Sri Lanka. The main attraction of this city is the Sihagiri Rock, which is a 200 meters tall, massive stone-column, built by the King Kasyapa several centuries ago. Sihagiri means a lion, thus this rock structure is often termed as the ‘Lion Rock’ as well. In order to reach the top of this structure, you’ll have to climb approx 1,000 steps. The climb is a little difficult, but once you reach the top and observe the view, all your tiredness disappears into the air.

Kaudulla National Park
Located about 120 miles away from the largest city of the country (Colombo), Kaudulla National Park is home to some rare plants and animal species which are not found anywhere else in the world. The park’s landscape is absolutely stunning with lush green surroundings and a number of big and small lakes. While being in this park, you can spot animals like Sri Lankan Sambar Deer, Wild Boars, Sri Lankan Leopards, Sri Lankan Axis Deer, Indian Black Turtle, Sloth Bears, Spot-billed Pelicans and most importantly, herds of Sri Lankan Elephants. Some of these herds have more than 200 Sri Lankan elephants.