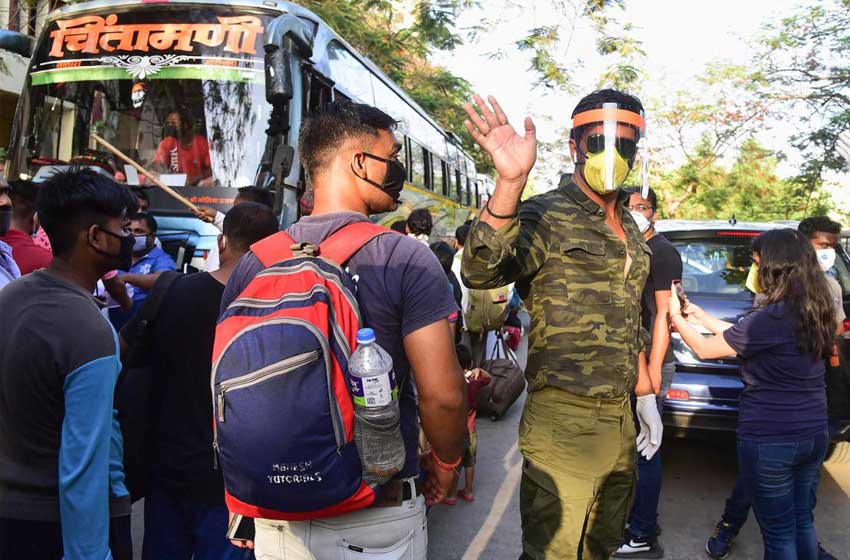 Imagine learning the tragic news of your father’s death, only to face an impossible choice then. Go to the funeral and risk being stranded in another country indefinitely, or miss paying your last respects to the most important man in your life. Well, this was exactly the situation one man found himself in recently.

Rahul Dhawan currently lives in Adelaide, Australia, but his family and recently deceased father were back in his home country- India. Mr Dhawan says there was never any doubt in his mind that he would travel to India to attend his dad’s last rites. But, with many travel bans and restrictions in place due to Covid-19, he knew it would be a difficult journey to make. One with no guaranteed return flight. Luckily, Dhawan had help from a somewhat unexpected source. None other than Bollywood actor, Sonu Sood.

Sood is well known and loved for his many hit films, such as ‘Simmba,’ ‘Dabangg,’ and ‘Happy New Year.‘ However, he has lately been making headlines for his humanitarian efforts. The 47-year-old star has reportedly helped over 15,000 migrant workers get home to India during the coronavirus pandemic. He further arranged food and shelter for those in need (a staggering 47,000 people in fact) during the lockdown.

Because of these incredibly generous and potentially life-saving actions, Sonu Sood has rather unsurprisingly become renowned for his generous spirit. Earning him the nickname “The messiah of migrant workers.” So, Mr Dhawan knew precisely where to turn for help when he found he could not get a flight home to Australia. Sonu Sood was able to find a return flight for Dhawan and arranged for his safe return back to Adelaide.

Dhawan has described the actor as being incredibly kind and approachable; he expressed his immense gratitude for the star’s help. Upon Dhawan thanking Sood on Twitter, the modest gentleman had this to say:

“Ticket you booked brother. I just got it confirmed. Your family was waiting for you. This is the least I could do.”

Fortunately for many, there are people like Sonu Sood who have been going above and beyond to do whatever they can to help those in need. Sood has been helping many of those who contacted him through social media as well as setting up his own crisis helpline.

The actor’s efforts have not gone unnoticed, and he has recently been awarded the SDG Special Humanitarian Action Award by the United Nations Development Programme (UNDP) for his incredible humanitarian work. Humble Sood has said he is honoured to be recognised by the UN stating that he did not do it for awards, only to help:

“I have done whatever little I have done, in my own humble way, for my fellow countrymen without any expectations. However, to be recognised and awarded feels good.”

During such difficult times for people worldwide, this is the kind of positive news we need to hear! We commend Sonu Sood and everyone like him that has been spreading the love during the pandemic.