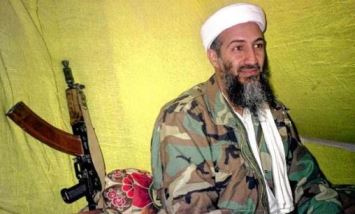 It is true that some people just want to watch the world burn. These are the people who are masochistic and love to feel and inflict pain among masses. This world has seen the worst form of criminals in every topographical corner who have resorted to manslaughter, rape, drug-trafficking, sex-trafficking, illegal arms trade, etc. Some of them have turned into millionaires and even billionaires solely by running drug cartels. Mentioned below are some of the most notorious criminals that the world has ever seen and how these people were nabbed after decades of manhunt.
Osama Bin Laden
He was once known as the world’s most wanted terrorist and was shot dead in the month of May, 2011. Ever since US invaded Afghanistan in 2011, Osama Bin Laden has always managed to sneak out from under their noses and avoided capture by taking refuge in Pakistan. It is said that Bin Laden arrived in Pakistan during the summers of 2002 and continued to live there for almost 9 years or maybe more. After a massive manhunt that went on for a decade, Osama Bin Laden was tracked to a fortified compound in one of the towns that fell in the north-western province of Abbottabad.
After days of planning, Osama was finally shot dead by a pack of US Navy SEALs during a highly confidential raid in the vicinity of Pakistan’s Military Academy. Apparently as per reports, his body was thrown into the sea.
Joaquin ‘El Chapo’ Guzman
Joaquin ‘El Chapo’ Guzman is known to be the most powerful

and diabolic drug lord that the world has even seen. The manhunt for Guzman went on for close to 13 years as he was known to be immensely influential. Hence, he successfully evaded being nabbed by the authorities until he was nabbed by Mexican Marines at a plush resort based in Mazatlan, Northern Mexico. A very complex and top-secret sting operation was planned only to nab him after a few undisclosed sources tipped off his location.
Known as the Sinaloa Cartel Leader, Joaquin Guzman had been on the run ever since he escaped from the back of a prison van way back in 2001. Apparently, Guzman took refuge in almost all parts of the Golden Triangle of Mexico to Argentina. Golden Triangle is basically a mountainous region known for its Marijuana production which spans to the states of Durango, Sinaloa and Chihuahua towards the north.
In the course of 10 years, the cartel run by El Chapo grew even deadlier and took up the most lucrative and money-spinning traffic routes that fell on the border of US and slowly, his empire span all the way to Australia along with Europe. Chicago Crime Commission named 56-year-old El Chapo as “Public Enemy No. 1” with Al Capone being the only person apart from El Chapo to earn the title.
Colonel Muammar Gaddafi
Known by people of Libya as the mad dog dictator who imposed the worst form of rulership for a staggering period of 42 years, Colonel Muammar Gaddafi was pulled out of a drain in October 2011 by rebels while he pleaded them to spare him and not shoot him. After trying to flee his hometown of Sirte, Gaddafi was chased down and nabbed by rebel forces and then killed in front of a cheering public. Video footage of his last moments was broadcasted all over the world which showed him covered in blood and surrounded by soldiers.
Gaddafi not only resorted to the most heinous and extreme atrocities but also took responsibility for the Lockerbie bombing. Furthermore, he also started shipping arms and ammunition to the IRA. After scores of sanctions, assassination attempts and air strikes by US, Muammar Gaddafi still clung to power. Finally after decades, Libyans finally took charge against him in the month of February, 2011. He retaliated with the most brutal form of repression and started civil war that eventually ended in his own brutal death.
Saddam Hussein
After decades of brutal and tyrannic rule, Iraqi dictator Saddam Hussein was executed and the incident was videotaped in December, 2006. After the news of the execution came to light, TV channels were filled with pictures of national monuments with patriotic music in the background.
Saddam Hussein was being hunted down for one of the most horrific nature of war crimes along with Awad Hamed al-Bandar and his half-brother Barzan Ibrahim. In 1982, he ordered the execution of 148 Shia villagers in cold blood.
He was finally captured in the ad-Dawr province in the vicinity of Tikrit inside a farmhouse.
Malcolm Naden
Malcolm Naden sparked one of the biggest manhunt in the history of NSW. He was wanted for the brutal murders of two women and dodged the manhunt for close to seven years by residing in rugged bushlands. Finally, Naden was nabbed by a secret police bush camera that caught him walking towards Moppy Valley in the vicinity of Gloucester.
The fugitive murdered Dubbo mother Kristy Scholes along with his cousin Lateesha Nolan and was picked up in a rundown cabin in the month of March, 2012. Furthermore, Malcolm was also charged for attempted murder of Police officer Brad McFadden in 2011 after trying to evade the police near to the village of Nowendoc that falls in NSW Northern Tablelands.
Naden used to steal clothes as well as supplies while on the run and police almost termed him as a ghost.
At present, Malcolm is serving life sentence in Goulburn’s maximum security prison.