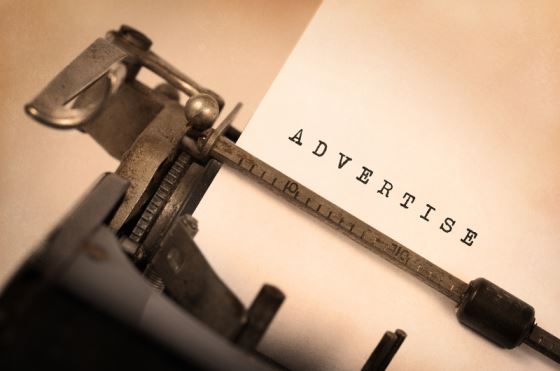 Advertising today is visual-dominated medium. But not too long ago, before the proliferation of the internet and graphic tools, advertisements relied on text and words as much as the picture. In this piece, we show you a few examples from the bygone days.
Back in the day, advertisements used to be formatted and structured like newspaper articles. In his book, ‘Ogilvy on Advertising’, famed copywriter David Ogilvy says that making advertisements look like news items ensures that they will be read, and if you write good copy, your chance of a sale increases.
Advertisements today have become more visual and less textual, but here are our favourites from the old days of advertising, when companies wooed you with words.
Volkswagen
The 1960’s ad for Volkswagen is both witty and warm, and it won our hearts because it doesn’t tell us what to do explicitly. There is no ‘buy now!’ message lurking out of the corner, and there are no garish graphics leaping out of the page. Just a simple suburban US street lined with red wagons that look identical to one another. And a copy that reads: The world doesn’t look like this. So if you’ve wanted to buy a car that sticks out a little, you know just what to do.
Source: https://www.flickr.com/photos/avi_abrams/370561302/sizes/o/
Sony
The advertisement for Sony in the 1970’s makes a promise that you will be holding the future in your hand. In today’s world of hand-held gadgets, the television in the model’s hand may look clunky, but for the 1970’s, the portable television was straight out of futuristic science fiction. And Sony packs in some information into its advertising as well, mentioning ‘advanced research in the epitaxial transistor’. ‘It would be no exaggeration,’ it says, ‘to say that someday all TV will look like SONY Micro-TV. But why wait for someday?’
Source: https://www.flickr.com/photos/pinkponk/517248803/in/set-72157600267969060/
Burroughs Corporation
Before it merged with Sperry Corporation and became Unisys, Burroughs Corporation was a major manufacturer of business equipment, specialising in computers during the middle part of the twentieth century. In this ad, Burroughs is promoting a computer that looks larger than a modern-day washing machine. The advertisement goes for a mock-serious tone and refers to the B 200 as an angry young computer. ‘If you know anybody who’s considering a computer, do him a favour. Mention the Burroughs B 200. The same goes for anybody who’s angry at his present computer. And we hear a lot of people are.’
Source: https://www.flickr.com/photos/pinkponk/515174318/in/set-72157600267969060/
Bigelow Carpet
This ad takes the modern approach of positioning the carpet as the central point around which a home can be designed. For the purpose, Bigelow has used the profile of a young married couple. It even goes to the extent of mentioning Mike Sasanoff as a talented ‘TV technician’. (We wonder where that breed of people have gone.) His loving wife, Rose, decorated their living room, the ad claims, around a Bigelow carpet. Right from the start, it seems, people who know buy Bigelow.
Source: https://www.flickr.com/photos/sa_steve/2753757149/in/set-72157606389427177/
Eve Filter Cigarettes
Cigarettes have traditionally been targeted towards men, but when women began to smoke during the sixties, cigarette companies began to position their products as things that women would want to hold. And thus were born so-called ‘pretty cigarettes’. The ad copy says it’s ‘the newest way to express your love for pretty things’. How would any woman pass up an opportunity like that?
Source: https://www.flickr.com/photos/sa_steve/2791235944/in/set-72157606389427177/