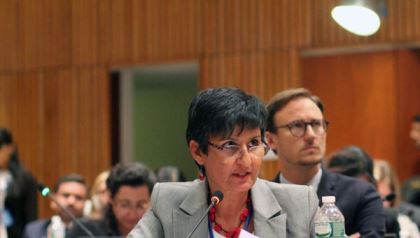 Australia and India are important trade partners to one another. The combined two-way investment relationship is worth over $20 billion, with potential for more in the future. In this backdrop, the appointment of Harinder Sidhu, an Indian-origin High Commissioner, by Australia comes as welcome news.
First of all, you’re apt to ask who Harinder Sidhu is. No, she’s not a celebrity, though in our opinion she ought to be. She’s the Australian High Commissioner to India appointed in February 2016, and she’s the first Indian-origin envoy Australia has deployed in the subcontinent. This follows the trend set by the United States first and then followed by Canada. Sidhu is therefore the third Indian-origin High Commissioner overall in the country.

In bilateral ties, what matters is combined growth and pursuance of joined interests. We hope that Ms Sidhu enjoys her time in India, and that she will further the needs of both countries equally.