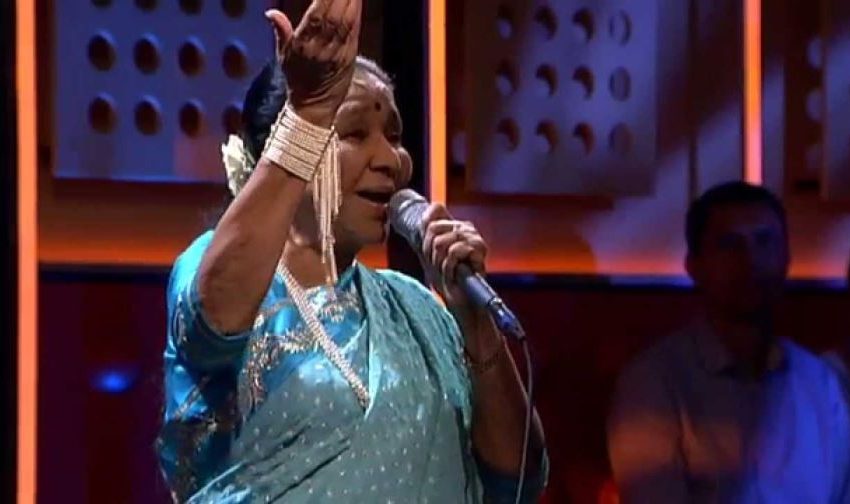 “I never think about retiring, because you retire you die. So, I’m not retired.” – Asha Bhosle

If you are the most recorded artist on the planet and people often compare you to the likes of Elvis Presley and Beatles, would you want to retire? Asha Bhosle has sold more records in her career than Presley and Beatles combined and she has won a never ending list of national and international honours including Padma Vibhushan and Dadasaheb Phalke Award. In her career span of 70 years she has sung 13,000 songs for more than 1,000 Bollywood films and is unarguably one of the most loved and respected artists in the world.

The 82-year-old diva was recently in Australia for the last international tour of her magnanimous singing career which was fittingly named – The Last Empress Farewell Tour 2016. The first leg of the tour was concluded on 14th March at Sydney Opera House as she created magic with her voice and left her fans wanting for more, like always. Ben Marshall, who heads the Contemporary Music at the Sydney Opera House said that it’s not everyday you get to welcome someone like Asha Bhosle, who is in this industry for more than 70 years and is considered to be a legend in the music world. He also added that Asha’s voice is incredibly distinctive and crystal clear.

The second leg of her tour was wrapped up at the Arts Centre Melbourne on 17th March. Asha returned on this stage after 9 years and till the time she was done, all her fans were on their feet, not just to give her respect but to dance to her tunes. She recreated the magic of 70s with some of her biggest Bollywood numbers along with a selected bunch of her most popular singles. The audience was completely awe-struck, as was evident from their phenomenal response and spirited dancing.

The talented singer, who has collaborated with artists like Michael Stipe, AR Rehman, Boy George, British band – Cornershop and most recently with cricket sensation, Brett Lee, truly received a grand farewell from her Australian fans. Now that she won’t be doing any more international tours as an artist, she would get plenty of time to fully concentrate on her career as a restaurateur. She owns a chain of Indian restaurants all over the world called the “Asha’s”. Dubai, Kuwait, Qatar, Bahrain, Birmingham and Abhu Dhabi are some of the cities where her restaurants are running successfully from the last several years. Surely this new phase of life will be full of sweet melodies too. Thank you Asha ji!