MPs say the Chinese should not ‘kid themselves’ and think that Aussies will ever forget where the COVID-19 virus came from.

“The Australian people aren’t mugs. They know how COVID-19 started and how the Chinese Communist Party lied about it.”
-Mr. Hastie from Western Australia

“There has to be a fundamental realignment in our approach and how we relate to China.”
-Mr. Byrne, a Victorian

“Any nation that sought a leadership role, as China did, must be held to higher standards.”
-Dave Sharma, NSW Liberal

Ever since the pandemic spread, governments around the world have been in a state of tension, and now and then mild conflicts have been brewing.

This one, however, is a straightforward jab at the Chinese Communist Party, delivered firsthand by Australian Parliamentarians.

News Corp Australia Network (and now countless others) recently reported that the Australian Parliamentarians angry at the Chinese government for how they decided to deal with the virus outbreak. The MPs have stated that there will be severe economic consequences for this and that China will have to take responsibility for what happened. They won’t be allowed to escape responsibility.

The reason for the outburst

China is Australia’s biggest trading partner, with Australia exporting mainly iron ore, coal and liquefied natural gas. The imports are divided into countless categories as well, and the trade relations have been so prosperous that Australia has been able to evade the effects of the global financial crisis to a large extent.

The MPs stated that because of the Chinese Communist Party’s decision to suppress the outbreak do the COVID-19 virus in its early stages, a lot of other countries have had to face catastrophe. They stated that a “resetting” of their trade relationship is due now and the Chinese should not ‘kid themselves’ and think that Aussies will ever forget where the COVID-19 virus came from.

Enactment of foreign interference laws and the reactions

Australia had registered foreign lobbying activities and locked Chinese telco Huawei from their broadband. The same thing was done to 5G network upgrades – something China was furious at. This is what Victorian Liberal Tim Wilson had to say about the matter:

“As (the affected) countries stabilise the health of their populations and economics, there’ll justifiably be a focus on the Chinese Communist Party’s culpability – and the consequences of their actions – that have inflicted pain on the world.”

In a nutshell, it looks like Australia’s relationship with China will keep plunging for now. Let’s hope the countries can recover from the virus outbreak and the financial recession. 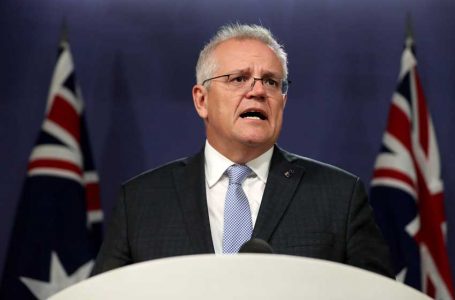