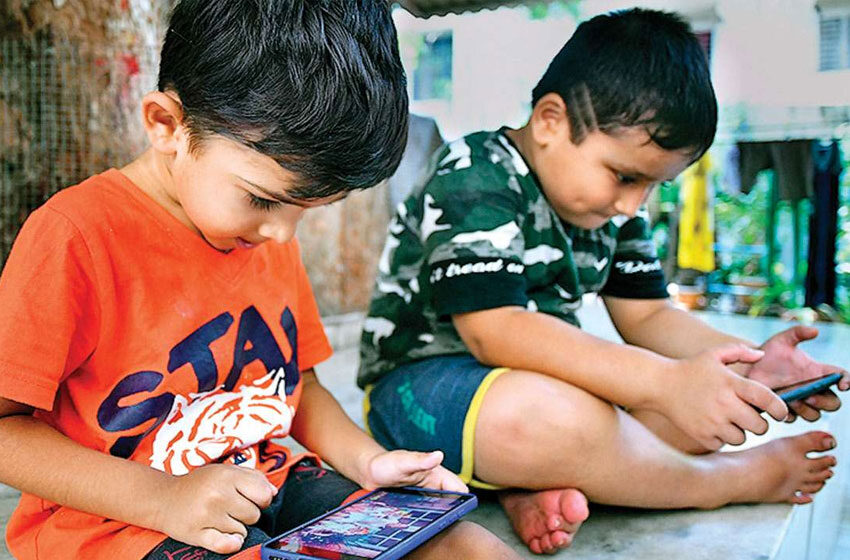 A study by Melbourne’s Royal Children’s Hospital shows one in three preschoolers now have their own smart devices.

So severe is the situation that two-thirds of parents now have to battle with these devices for their children’s attention, a situation which concerns Alice Pryor, the Campaign Manager for Parents’ Voice, an online network of parents. She says children often show their more rebellious side when they’re separated from their computer, a situation that can sometimes lead to conflict in the home.

Anthea Rhodes, who authored the study, calls this new era where kids spend an inordinate amount of time in front of a screen “parenting”. The research found that the vast majority of Australian teenagers have a phone or tablet, while two out of every three students in primary school have mobile devices. The children on average spend more than 32 hours a week on their devices.

Dr Rhodes, like many doctors, believes that replacing human interaction with digital interaction will impact negatively on the mental development of the next generation. She is worried that parents, who themselves average 40 hours per week on screen time, are setting a bad example for their children.

That said, society has no choice but to learn to embrace technology, the only caveat being that this must be done responsibly.

“We’re the iGeneration, the iParents and we’re the first generation of parents who have this availability of screens with our kids,” says Alice Pryor, “we’re going to be the frontier of how we manage that.”