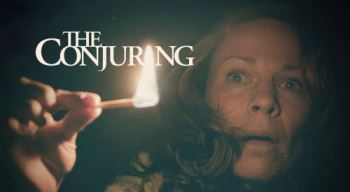 Australian Film maker James Wan through “The Conjuring” has set a new benchmark for horror movies and has added one more nightmare to the mindsets of horror movie aficionados. The movie opened on a grand scale and was deemed by renowned critics as one of the most alluring horror movies ever made in the history of cinema.
Horror has just been redefined and the new definition is much spookier than the previous one, thanks to “The Conjuring”. If reports are to be believed, the film just crossed US$300 million mark at worldwide box office pushing it into the list of the top grossing horror movies of all times. Out of the US$300 million, North America alone grossed $137.2 million and $169.4 million was grossed in other parts of the world. This staggering amount makes “The Conjuring”, one of the only three horror movies in the history of Hollywood to cross US$100 million mark. But if only the statistics of Australia are to be computed and analyzed, then we will come to the fact that the movie indeed is one of the highest scoring horror flicks ever.
Hollywood keeps a tab regarding the most revered horror film makers under the name “Hollywood’s 20 Masters of Horror”. The Hollywood Reporter revered James Wan and added his name to the list furthermore calling him “The Gore Guru”. By being included in the list of the 20 Masters of Horror, James Wan shares his space along with luminaries such as Stephen King, Wes Craven and Guillermo Del Toro.
This is not the first time that James Wan has been praised for his contribution to the horror film industry. Wan has movie franchises like “Saw” and “Insidious” to his credit and both of these franchises became a rage as soon as they hit the silver screen.
The “Saw” franchise has always been called as one of the most gore movies ever made owing to the limits to which human can undergo pain as has been shown in the movies. A total of seven parts of the franchise have been released till date and all of them have had the same response from the fans. “Insidious” took his name way above most of his compatriot film makers and with “The Conjuring”, the film maker has carved his name into the books as one of the most coveted horror-film maker.
There used to be a time when movies like “The Exorcist”, “The Psycho”, “Night of the Living Dead”, “Diabolique” and soo many more were considered amongst the top horror movies of the golden era. Following that, a new generation of horror movies came up on the screens and the standard of film making reached new heights. But even now, “The Exorcist” and “The Psycho” are considered as the finest horror movies ever made during our yester era as there is a certain rawness which prevails in them.
Henceforth, a movie like “The Conjuring” certainly orients people’s interests from other genres of movies towards the more spooky ones and credits go to film makers like James Wan.