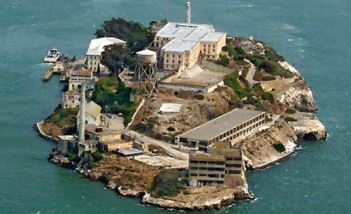 The primary objective of a prison is to keep the lawbreakers away from society and punish them for their crimes. But there are some prisons in the world which have redefined the term ‘punishment’ and have turned these facilities into living hell. Following is a list of prisons which can give even the worst of offenders nightmares.

Diyarbakir Prison, located in the south-eastern region of Turkey, was built in the year 1980. Since then, several dangerously violent criminals have been imprisoned in this jail. Prisoners are made to suffer not only physically but mentally as well and this makes this prison, one of the worst prisons in the world. There are two segments in the prison – E Type which can house 744 prisoners and D Type which can house up to 688 prisoners. Both these sections are currently holding more than their intended capacities.

Located in Venezuela, La Sabaneta is considered as one of the most brutal prisons in the world. Inmates are not even provided with the most basic facilities and therefore as soon as a prisoner arrives here, he tries to get out of the prison. A number of diseases plague the prison cells but the officials are least bothered about the health of the prisoners. The prison is highly understaffed and therefore things often go out of control, resulting in violent crimes in the prison vicinity every now and then.

The prison is located in Fremont County, Colorado and supposedly it holds some of the most treacherous criminals of the United States. The prison’s security system is really tight and around 440 prisoners are locked up in here. ADX opened its doors in the year 1994 and since then, several inmates have committed suicides because of complete isolation. The convicts are kept in cells where they can’t interact with other inmates or even with the guards.

The prison is located in the desserts of Syria, around 200 kilometres from Damascus. Originally the establishment was a military detention centre which was later turned into a prison. In the year 1980, Hafez al-Assad, the 18th President of Syria ordered to kill all the prisoners locked up inside the prison cells. Nobody knows the exact number of people killed in this massacre, but it is believed that around 2,000 prisoners were executed in this ruthless act of human rights violation. Tadmor Prison was closed down in 2001 but now, once again the prison has opened its doors.

Carandiru Prison is located in San Paulo in Brazil. The prison was built in the year 1920 and was operational from 1956 to 2002. The prison was one of the largest penitentiaries in South America, with more than 8,000 inmates at one point. The prison was plagued with an AIDS epidemic which left the prisoners in a miserable condition. After ‘Carandiru Massacre’ in which the military police stormed the prison following a prison riot and killed more than 110 prisoners, the prison was destroyed completely. The massacre is considered as the most severe case of human rights violation in the history of Brazil.

Very little is known about this cruel prison located in the north-eastern part of North Korea amid high mountains and harsh climatic conditions. There is a good possibility that Camp 22 is the worst prison of world. The location of the prison is completely isolated from the outside world. It is believed that more than 50,000 prisoners are locked up inside this mysterious prison. The worst part is, it not only houses criminals but their families have to face hardships of the prison as well. Therefore thousands of people are facing life-long detention in this prison without even committing any crime. Recently a human rights group claimed that more than 20,000 prisoners have simply disappeared from the prison.

Bang Kwang Prison is located in the Nonthaburi Province of Thailand, about 7 miles away from Bangkok. The prison is known to handle criminals facing longer sentences and death rows. All convicts are made to wear leg irons during the first 3 months of their terms. Prisoners facing death sentences have their leg irons permanently welded. The food provided to inmates is quite inadequate, both in terms of quality and quantity. Several foreign prisoners are locked up in this prison. The facility is overtly over-crowded and under-staffed which makes Bang Kwang, one of the worst prisons in the world.

The highly over-crowded prison is located in Guatire in Venezuala. The capacity of the prison is around 14,000 but around 50,000 inmates are being held up inside the prison premises. It is believed that the prisoners have an easy access to narcotics and weapons like grenades and guns. In 2011, the jail authorities had to call 5,000 troops as re-enforcements in order to put an end to a massive gang war. The gang war resulted in more than 25 killings.

Over-crowding is a common problem faced by many prisons around the world, but when a prison which was originally built to house 400 inmates houses 6,000 instead, you know something is horribly wrong. The prison is located in the second largest city of Rwanda and is often termed as the worst prison in the world. Prisoners have even turned to cannibalism in order to satisfy their hunger. Due to extreme congestion, inmates have no option but to stand all day and all night, because of which their feet start to rot after a point. The floor of the prison remains moist due to accumulation of raw faeces. Many prisoners had to get their lower limbs amputated because of gangrene.

Rikers Island is one of the main prisons of United States and therefore it houses some of the most dangerous criminals of the country. The security of the prison is extremely tight but violent break outs among prisoners are quite common. The staff members of the prison are known for their brutal ways and many cases of sexual harassment and rapes have been registered against the inmates as well as against the prison officials.

San Jaun de Lurigancho Prison is located in Lima, Peru and is considered to be one of the toughest prisons of South America. Again, over-population is one of the main problems faced by the prison. The facility has a capacity of housing 2,500 inmates but more than 7,000 prisoners are currently locked up in the prison. The attitude of the jail officials is quite relaxed and therefore a number of crimes and outbreaks of violence occur inside the prison every now and then.

Opened in the year 1852, San Quentin holds around 4,000 prisoners and it is the oldest state prison establishment of California. The prison holds some of the fiercest criminals from around the country, having the largest ‘death row prisoners holding facility’ of US. Initially the prisoners were executed by hanging, which was later replaced by execution in a gas chamber. These days, the executions are carried out by injecting the convicts with lethal injections. The dreaded gas chamber of the facility is still in place.

Alcatraz is the most popular prison in the world because of several reasons. The island where the prison is located is isolated from the rest of the world and was designed to keep the most notorious prisoners, who are a source of continuous trouble at other federal penitentiaries. Some of the most ruthless criminals in the history of America were housed in this prison including – Al ‘Scarface’ Capone, Robert Franklin Stroud, Alvin ‘Creepy’ Karpis and George ‘Machine Gun’ Kelly. It is also believed that Alcatraz is the most haunted destination in US. Many visitors, including researchers and journalists, reportedly felt the presence of evil spirits roaming the halls of the now closed down prison.

The architecture of the prison is quite impressive but the living conditions are simply horrible. La Sante is located in Paris and became operational in the year 1867. During World War II, both war prisoners as well as common criminals were housed in the prison. Inmates are forced to share their cells with rats and lice. The stronger prisoners take advantage of the weaker ones and crimes like rapes are pretty common. Because of the unsanitary conditions, violence and over-crowding, several inmates suffer from extreme cases of depression, resulting in numerous suicides every year.

This Hong Kong prison was started in 1937 and holds some of the most violent murderers, gangsters, rapists and drug dealers from around the country. It is one of the six maximum security facilities of Hong Kong and holds a large number of death row prisoners. Until now, around 600 prisoners have been executed in the facility premises. The prison which was built to hold 1,500 prisoners currently houses more than 3,000 inmates.

Petak is often referred as the Alcatraz of Russia. All the inmates are locked inside isolation chambers with maximum security for most part of the day, where they can’t interact with other prisoners or prison guards. Several inmates die because of the freezing climatic conditions, especially during the snow fall. Because of the extremely isolated location of the prison and the level of security it enforces, no one has ever succeeded in escaping from this prison. The regimen of the prison is so ruthless and inhumane that the will and strength of even the toughest of criminals, gets crushed in here in absolutely no time.

Butyrka Prison is one of the oldest as well as one of the largest prisons of Russia. Over-crowding is one of the major issues faced by the inmates as around 100 convicts have to live in a cell meant for just 10. The place is dreaded with deadly diseases including AIDS and tuberculosis. At one time, more than 20,000 prisoners were housed in the prison.

Camp 1931 is a secret prison located in northern Israel. No one knew that such a detention facility existed in the country until 2003 when a historian discovered it accidently. The prison was not mentioned in any of the modern day maps and it was airbrushed from aerial photographs. The prisoners, who are kept in small isolation chambers with no light, are blindfolded most of the time and have no access to lawyers or their families. No one really knows what kind of tortures and inhumane regimen the inmates are made to follow.

Located in Nairobi, Kenya, this prison is an extremely dangerous place. The prison cells are infected by a number of diseases including cholera, ulcers and malnutrition diseases. Cases of predatory sodomy are quite common and there have been several instances when inmates are beaten to death by other prisoners or by the guards. The living conditions are extremely harsh and violent outbreaks are a part of their daily lives.

Located in New York, Attica is one of the worst prisons in the history of America. It holds prisoners who have been problematic at other facilities from around the country. To deal with a possible riot, the mess of the prison is installed with tear gas system. In 1971, a huge riot broke out inside the prison when almost half of the prisoner population fought with the guards to get a number of demands fulfilled. After four days of struggle, heavily armed state police was called. In the end, more than 40 people lost their lives including prisoners, guards and civilian employees.