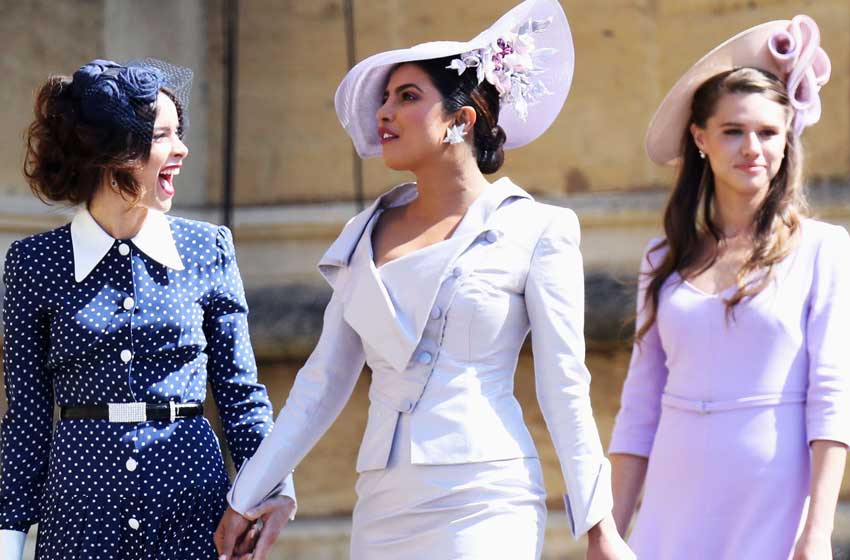 Even IF you’re living under a rock, you knew about the Royal Wedding of Harry and Meghan. The news and media left no stone unturned in covering it, and more than 50 million watched the event live in US and UK alone. The uniquely modern and multicultural affair featured many A-listers and charity power players coming together to celebrate the new Duke and Duchess of Sussex. Among them were some of India’s brightest young talent and long-standing royalists who stood shoulder-to-shoulder with royalty on the historic day.

Priyanka Chopra was undoubtedly the most famous East Asia attendee, proving that the Bollywood actress is now an undeniable global superstar by rubbing shoulders with Britain’s elite. Chopra, who met Meghan three years ago through their Hollywood acting careers, wore a stunning lavender Vivienne Westwood skirt suit to the St. George’s Cathedral wedding ceremony. She paired the dashing yet conservative and appropriate designer ensemble with a matching Phillip Treacy hat and sparkled jewel shoes, making her one of the best-dressed guests in attendance.
The Quantico actress was also one of the lucky church guests to be invited to the exclusive wedding reception. She still didn’t put a fashionable foot wrong when the aristocratic guests were allowed to let their hair down and get a little casual, changing into an enchanting gold Christian Dior gown that was undoubtedly fit for a Hollywood and Bollywood princess. 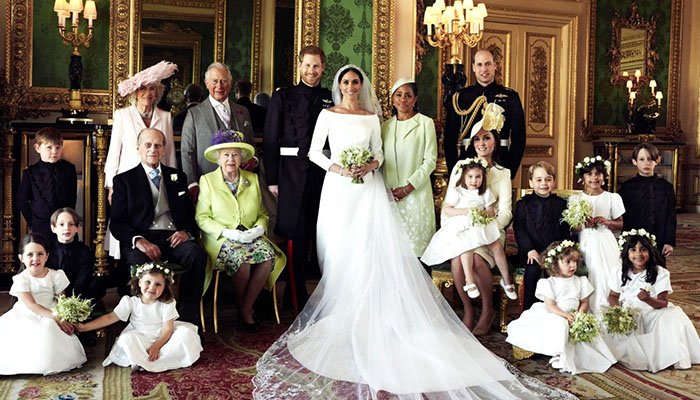 After the festivities, Chopra turned to Instagram to let fans have an insight into the special day. Alongside a slideshow of pictures from the world’s most exclusive event she wrote, “Every once in a while there is a moment when time stands still. That happened today.”
She continued, “You my friend were the epitome of grace, love and beauty. Every choice made at this wedding by you both will go down in history, not just because it was your wedding but because this incredible wedding stood for change and hope. Both things that the world needs desperately.”
Proving that the beautiful couples are all about change and hope, and as it is customary for royal weddings to feature guests from global charity organisations so that guests and fans can donate money to in lieu of gifts, the globe-trotting duo made sure to acknowledge an elite selection of charities, including a young Indian achiever from one of Meghan’s most cherished NGO’s. 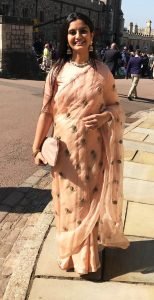 Mumbai-based Suhani Jalota of the Myna Mahila Foundation attending the wedding ceremony in a Peach coloured traditional sari. Jalota is the founder of a charity that aims to empower young women to speak about issues they are most afraid to discuss and provide products for men’s trial hygiene.
Jalota received her invitation from Prince Charles, Harry’s father, and said before attending the wedding, “It is a great honour and responsibility because I will be a representative of India.” Before being a royal wedding guest, Jalota has been praised by the monarchy and awarded the Queen’s Young Leader Award in 2017. 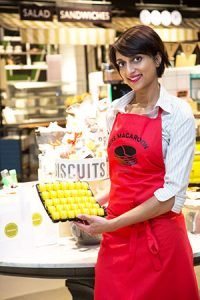 The couple also sent invitations to two of their favourite Indian food makers. Rosie Ginday is an Indian-origin but UK based patisserie chef who has been praised by Kensington Palace for her young yet strong leadership skills. She started her own bakery business in 2011, turning tasty macaroons into miracles by using earnings to help other young business owners get on their feet. 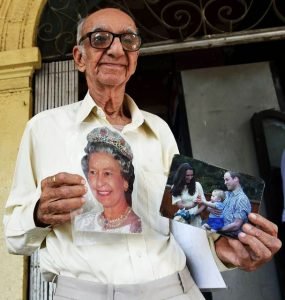 Boman Kohinoor, the owner of Mumbai’s most iconic UK-inspired restaurant, Britannia & Co, was also in attendance. Before attending the event, the 93-year-old told the media that he was excited about the ceremony, hoped that Harry and Meghan honeymooned in India and wished for them to have many children who they couple possibly raise in his country.
People of Indian backgrounds around the world always made us proud, and helped inspire other Indians living overseas, to work hard and make a mark on the planet!